Posted on January 13, 2013 by floridatraveler 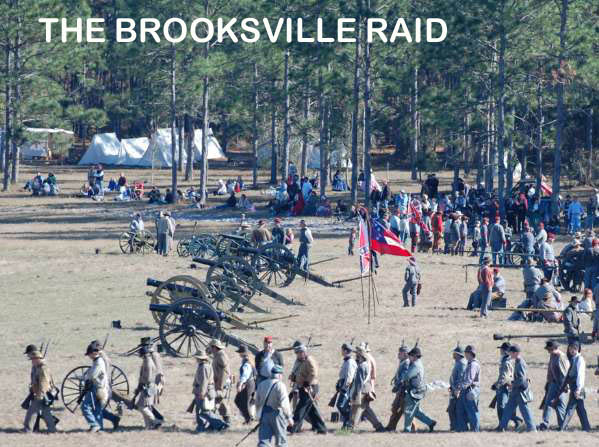 On January 18, 19, and 20, the 22th annual BROOKSVILLE RAID takes place 10 miles west of town at the Sand Hill Boy Scout Camp on Hwy 50. The battle represents a time in July of 1864 when Federal forces marched inland after attacking the key blockade running port at Bayport on the Gulf.

While most historians talk about the event as a skirmish, the people of Hernando County have made the reenactment one of the best in the South – 28 cannons, rows of cavalry, and a cast of hundreds. There are tons of events and the profits go to the wonderful 1854 Heritage Museum in Brooksville.