event: Juan Gomez: the Legend Behind Gasparilla The Pirate

Posted on January 23, 2013 by floridatraveler 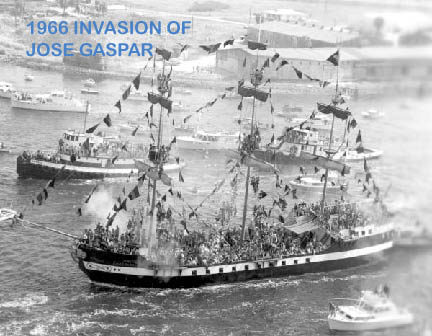 This weekend is Tampa’s annual Gasparilla Festival when the infamous Spanish pirate Jose Gaspar arrives to turn the city into a Mardi Gras festival. Historians have found no evidence in the existence of Gaspar nor his harem of kidnapped beauties on Captiva Island.

But there is a real legend behind the region’s love of pirates – he was Juan Gomez, who came to Florida before the Civil War. He claimed he had served on pirate ships, frought in the Seminole War, and was once a wrecker in the Florida Keys.

His stories fascinated the settlers of Lee County, including pioneer Captain W. D. Collier who visited Gomez and his wife in their homestead on Panther Key in the Thousand Islands. Gomez died in 1900, at the claimed age of 119.

People wrote books and articles about his stories. In 1904 when the Tampa business community decided to have a festival, it was logical pirates would be the most popular theme for tourists.