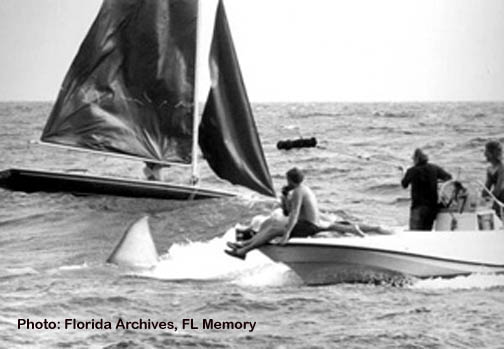 Entertainment Weekly recently published its Top 100 Films of All Time and sadly Florida located films barely appeared. JAWS scored at 18th but it was Jaws II (see pic) that was filmed in Navarre Beach.

SOME LIKE IT HOT was 21 but it’s Florida ending was actually the Hotel Del Coranado in San Diego. GOLDFINGER at 49 was filmed at the Fontainenbleau Hotel in Miami Beach and the ending of MIDNIGHT COWBOY (57th) was the Coral Gables bus depot.

If there was a category for most disappointing films, Out of Time (Boca Grande) and The Punisher (Tampa) should be considered.