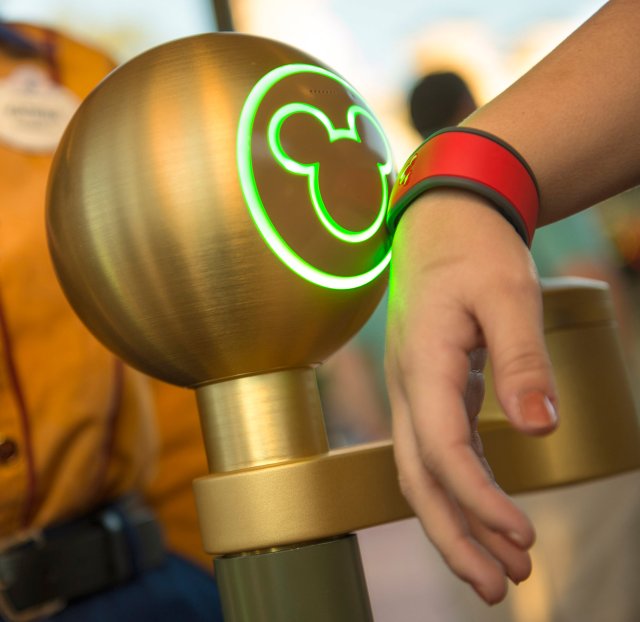 Unlike a lot of Disneyphiles the idea of being able to book a FastPass+ in advance and sticking my “blue MagicBand” into the system doesn’t bother me. I’m an old cuss and I hate rushing across Disney parks to book a trip on a five minute ride. But there are issues.

The stated reason WDW developed this system was so people would not have to stand in a long line (#1 complaint at WDW since it opened). That may be partially true, but the average Disney visitor comes every four years and only 25% used the old FastPass.

Let’s look at some of the new rules:

(1) You can only reserve book three FastPass+ choices a day and they must be in the same park. With $100 a day tickets this will ruffle a lot of feathers.

(2) FP+ does include some small kid stuff like character meetings and Fantasmic and slow kid rides. This is the BEST addition to FP+ as far as I can tell!

(3) FP+ choices can be changed at a kiosk during your visit to the park. Not an issue and the kiosks are good for non-techies as long as kiosks have staff members in attendance.

(4) There is a tier system at Epcot and Hollywood Studios that may be called “spreading the wealth” but imposes real crisis actions. You have three boys: they want to reserve Test Track, but your wife wants to reserve Soarin’. Both are Tier I rides and you can only reserve online one Tier I per day.

(5) You can’t use FP+ for multiple parks in one day. This might even change ticket buying choices. As an annual passholders, my wife and I visit at least two parks every trip, but only like one or two rides in each park.

As an experiment last week I went at 11 o’clock to a kiosk to book Soarin’ at Epcot; the earliest I could get on the ride was 5:45 pm. The wait at the non-FP+ line at noon was 80 minutes long. It will be interesting to see what changes Disney will make this year regarding the FastPass+ system.

Historian and travel writer M. C. Bob Leonard makes the Sunshine State his home base. Besides serving as content editor for several textbook publishers and as an Emeritus college professor, he moderates the FHIC at www.floridahistory.org
View all posts by floridatraveler →
This entry was posted in florida history and tagged Epcot, FastPass+, Magic Bands, Magic Kingdom, mcbobleonard, Walt Disney World. Bookmark the permalink.