Posted on April 6, 2015 by floridatraveler

Dr Alvan W. Chapman was born in Massachusetts in 1809, educated as a physician at Amherst, and came to Quincy, Florida, at the age of 26.  A few years later he moved to the booming, port village of Apalachicola, where he would become a pioneer in many directions.

His friends included Dr. John Gorrie, who is the father of refrigeration and air conditioning, developed during a plague at the port, and planter and naturalist Hardy Bryan Croom, who got Chapman interested in botany and Florida’s unique plant environment.  On one excursion into the wilderness in 1840 looking for plants, Chapman has chased for miles by Seminole Indians. 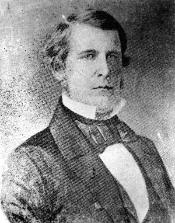 Chapman discovered the Chapman Rhododendron, the wild Florida azalea, the skullcap, and the custard apple.  His book Florida of the Southern United States became the classic plant book for 100 years.

When the Civil War came Apalachicola was often occupied by Union warships and Chapman’s Yankee background made some Southern vigilante groups suspicious he was a  backer of the Union.  There were times when Chapman was forced to hide in the historic Trinity Episcopal Church, a prefab made in New York. 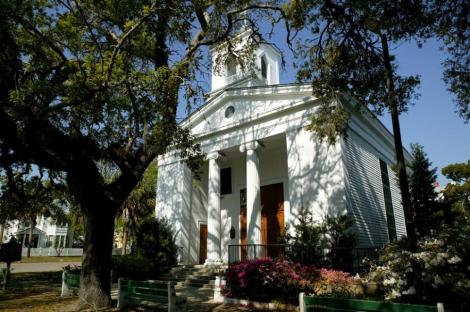 Chapman survived the Civil War and became County Judge, Mayor, Customs Collector, and doctor while still traveling across Florida and the South in search of plants. His home on Broad and Chestnut, one of the oldest residences in Apalachicola, had become the White House Boarding Place by the 1930’s, but today the Greek Revival home has been restored to its appearance when Chapman lived there. 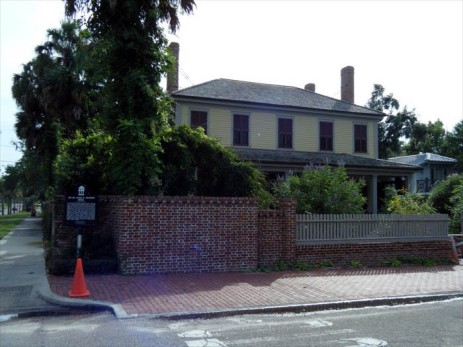 The Chapman House in Apalachicola

In his later years he extended his work across Apalachicola.  His first herbarium is in the New York Botanical Garden.  His second one is featured in the Biltmore Estate in Asheville, North Carolina.   When he died in 1899 he was known as the Nestor of American botanists.

The Chapman Botanical Garden on US90, Apalachicola

In the 1980’s local planners decided the best way to honor Chapman and his work was to develop Chapman Botanical Gardens, four blocks north of downtown of US90.  Besides being one of Florida’s best small town gardens, the park connects several of the port town’s historic old buildings.

Historian and travel writer M. C. Bob Leonard makes the Sunshine State his home base. Besides serving as content editor for several textbook publishers and as an Emeritus college professor, he moderates the FHIC at www.floridahistory.org
View all posts by floridatraveler →
This entry was posted in florida history and tagged apalachicola, botanist, Chapman, Florida, Florida attractions, Florida history, flowers, Gorrie. Bookmark the permalink.