Florida’s Grande Dame Hotels Are Holding Their Own

Posted on August 10, 2015 by floridatraveler

While the latest high-rise hotels in Miami and Orlando seem to be getting all the recent headlines, Florida’s great Victorian and 1920’s resorts are still garnering the great reviews, the support of loyal visitors, and something new places can’t provide: an insightful experience into Florida’s glorious tourist history.

The oldest of my choices, Casa Monica (1888) on the main Square of Saint Augustine is the last of  Henry Flagler’s big time hotels still operating as a hotel.  The monstrous Ponce de Leon down the street is now Flagler College and the next door Alcazar is the Lightner Museum.  Completely renovated by Richard Kessler, the Casa Monica is a member of the exclusive Kessler Collection of Hotels. 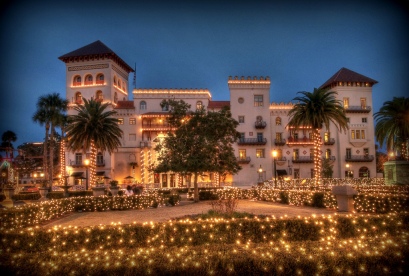 In the Heart of the Action is Casa Monica

While its rooms are smaller and less ornate than later resorts, the lobby, the unreal Cobalt Lounge and the classic Costa Brava restaurant will take you back to days when Saint Augustine’s finest hotels hosted the elite of winter tourists. 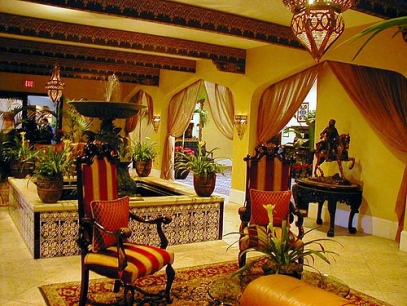 The oldest of the Florida Land Boom resorts is Casa Marina built in 1920 on six acres of prime Key West waterfront and designed for Flagler by Thomas Hastings and John M. Carrere who built New York’s New York Public Library and the original Met.

Like several of the other Grande Dame hotels, Casa Marina was used as a U.S. Navy headquarters in World War II and had to re-emerge as a luxury spot.  Today the hotel is a Waldorf Astoria Resort.

The Casa Marina Remains Tropical In Its Ways

The Biltmore Integrates The Outdoors With Indoors

When I was a student at the University of Miami I loved just wandering the grounds of the Biltmore, climbing the towers for panoramic views of downtown Miami, and since UM used the magnificent pool for swim meets, as Sports Editor, I took a secret dip or two.  The Biltmore symbolized the Miami Dream in the mid-1920’s. 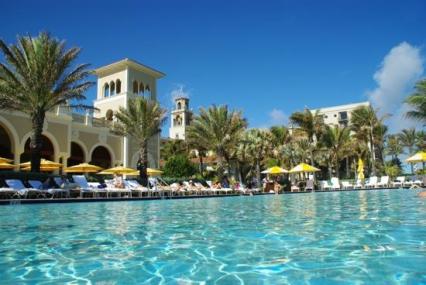 The Biltmore Pool Is A Lake

To many Florida visitors, The Breakers symbolized the wealth and glamor when Palm Beach was the winter residence of America’s rich and famous.  In reality, the Breakers of today is the third hotel.  Henry Flagler built the beachside The Palm Beach Inn in 1896 and renamed it The Breakers in 1901 when guests requested the hotel “over by the breakers.”

That wooden hotel burnt down two years later to be replaced by a larger hotel complete with golf facilities.  In March of 1925, a faulty electric curling iron sent that resort to its flaming death.  The next year 1,200 construction workers built one of the world’a largest fireproof concrete structures.

One of the Most Famous Front Yards In Florida

The Breakers is still a place of romance and glamor.  My first visit was when I was escorting a high school science team to a convention.  Since I wasn’t the official sponsor I decided to sneak off for breakfast by the pool.  There was just one other person there and he asked me to join him for he had a buffet of food – it was John D. MacArthur, one of the world’s richest men.

Once while traveling by airplane into Tampa, the pilot announced “Approaching Tampa” and banked the plane to the left.  I knew the plane would soon he flying about the beaches of Pinellas County and soon directly over the magnificent Skyway Bridge.

A little girl by the window suddenly began to shout, “Mommie, there’s a pink castle on the beach! Can we stay there?”

I hoped that the parents had booked the Loews Don Cesar Resort, “a pink lady” that has been gracing the Gulf of Mexico since 1928 when Thomas Rowe opened it.

It Is Difficult to Miss The Don Cesar

What most people may not know is the resort was used by the US Army in WWII and then as a VA Hospital.  After a decade of emptiness, “a Save the Don” movement attracted the investors to save what is today the most noticed resort in the Tampa Bay area. 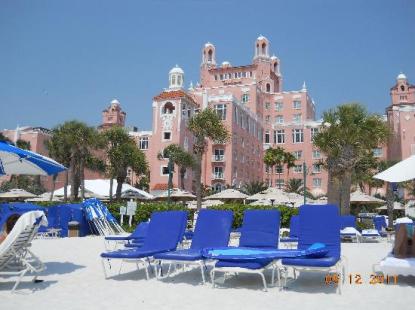