Santa Claus Has A Great Time in Florida

Posted on December 19, 2015 by floridatraveler

Growing up in Framingham, Massachusetts meant it was a great shock when I was a small boy to learn that my parents decided to spend Christmas each winter in Florida.

It wasn’t just that I was going to be separated from by school friends during the holidays.  When you’re a kid you wonder if Santa Claus is going to be able to locate you in a distant zip code.  Can Santa’s sled land where there is no snow?  Will the old man collapse in the Florida heat with that heavy red suit on?

I soon learnt that Santa not only visits Florida, but seems to have a great time when he’s here.  In fact, I suspect for a guy who works one day a year   and then vacations the rest, he probably comes to Florida all the time.  With all the old men with white beards in this state, he could easily get lost on a beach or at a tourist destination.

Santa has found different ways to get around without snow.

Santa must eat a lot because he certainly burns a lot of calories while here in Florida.

Yes, Santa is a guest at all the big amusement parks.  Lucky guy, considering the rising costs of theme park tickets. 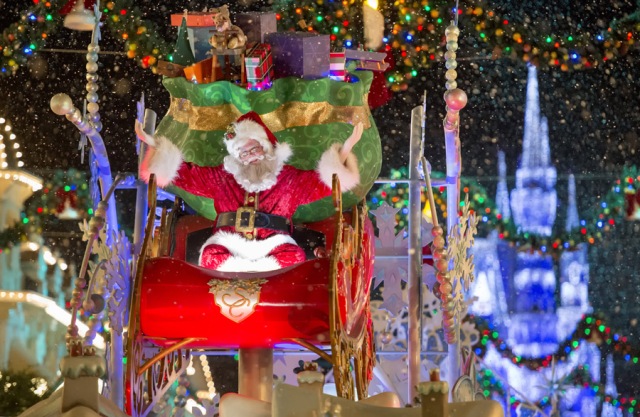 As I get older I am identifying with Santa more and more.  We are getting older and older.   My hair is starting to turn white all over.  We’re both overweight despite running around all day like crazy. 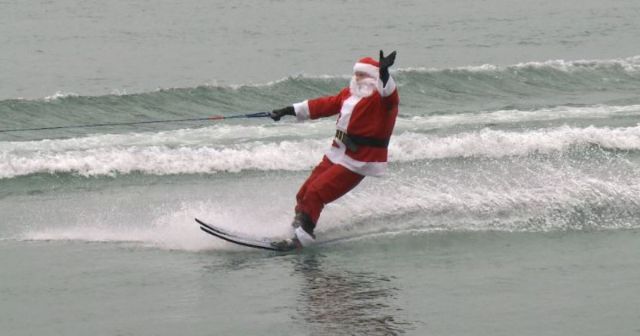 And at the end of the holiday season, we’re both in the red.  MERRY CHRISTMAS and HAPPY HOLIDAYS.

Historian and travel writer M. C. Bob Leonard makes the Sunshine State his home base. Besides serving as content editor for several textbook publishers and as an Emeritus college professor, he moderates the FHIC at www.floridahistory.org
View all posts by floridatraveler →
This entry was posted in adventure vacation, disney, florida history, florida vacations, Recreational Experiences, Walt Disney World, wdw and tagged Christmas in Florida. Bookmark the permalink.