Fifty miles north of Tampa is the historic hill-top town of Brooksville.  West of Brooksville on FL50 on the road to Weeki Wachee and US19 is the Sand Hill Scout Reservation.

Many people view this 1,700 acre complex the best Boy Scout facility in Florida, perhaps in the Southeast United States. The property was once the ranch of the Diepolder family who donated the property. 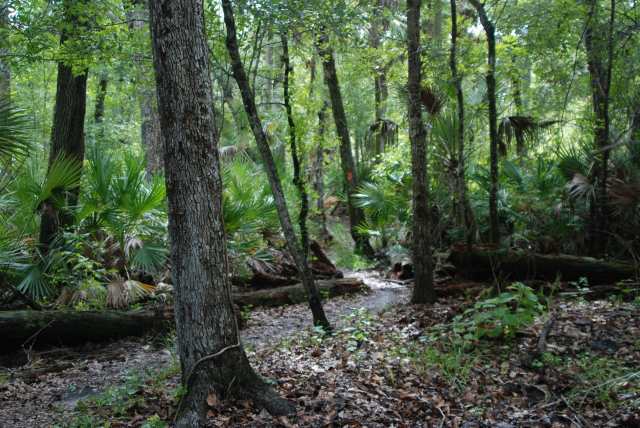 There are eight large campsites, cabins and farm houses, a trading post, barns filled with animals, a chapel, dining hall, a pool, and enough recreational facilities to host a small army of Cub, Boy and Varsity Scouts and other groups.

The property has eight small lakes and ponds , but two of the ponds are different.  As you approach the undeveloped pond you notice there appears a deep spring in the water.  But since you see no river flowing off the pond, you realize this must be a large sinkhole. 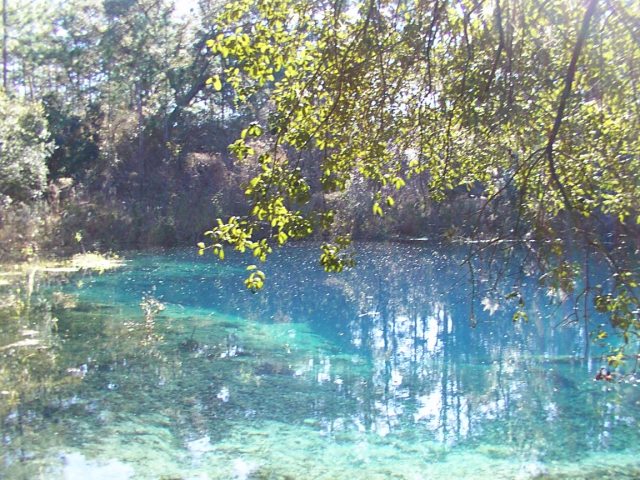 Brooksville is a hilly region known for having some sinkholes in the limestone. Yet, unlike some sinkholes that have overnight drained a Florida lake or swamp, this sinkhole seems to be filled with water.

It must have been shocking in 1978 when Will Walters flew over the site in 1978 and recorded incredible depths of over 300 feet of the ponds.  Will Walters started to explore the openings and discovered Diepolder II was an enormous cave 360 feet deep, the deepest in the continental USA.  It connected to 300 foot deep Diepolder III. 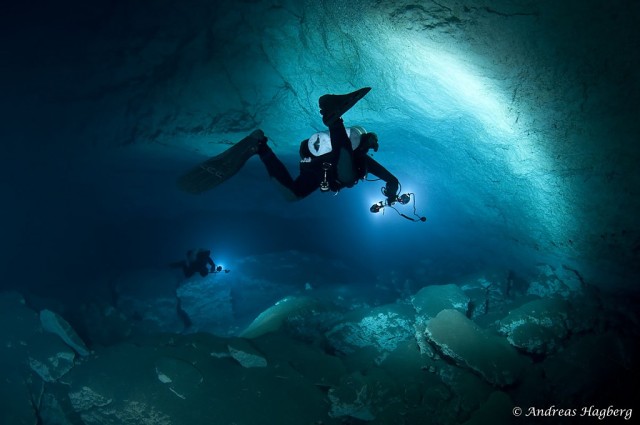 It was clear these caves could not be opened to just any diver.  The Florida Speleological Researchers control access and train the FSR guides.  All divers must show proof of 100 cave dives and NACD or NSS-CDS certification.  Only two or three divers are allowed to go into the caves with the trained guides.

It only makes sense – you are entered a mysterious and unique world of enormous underwater, underground proportions.

Historian and travel writer M. C. Bob Leonard makes the Sunshine State his home base. Besides serving as content editor for several textbook publishers and as an Emeritus college professor, he moderates the FHIC at www.floridahistory.org
View all posts by floridatraveler →
This entry was posted in adventure vacation, attractions, diving, environment, extreme sports, florida history, florida vacations, Recreational Experiences, travel. Bookmark the permalink.