The summer family vacation season is soon arriving and that means the largest percentages of newcomers to Walt Disney World.  Most writers like to give awards at the end of the year but in the Florida food game a lot of new restaurants open near the end of the year to capture the bigger paying winter crowds.

I divide up the restaurants into arenas since some visitors just visit certain theme parks while others spend more time indoors shopping at Disney Springs.  And things do change in the Disney restaurant business.

I’m afraid the best news at the Kingdom is the number of restaurants serving beer, wine and a so-called specialty cocktail is up to seven as Crystal Palace and the Plaza Restaurant join the drink crowd.  Unfortunately, MK is still the land of fast food and mixed reviews.

Despite its wonderful atmosphere, particularly at dinner, the MK’s “must-see” Be Our Guest” slides down my list to third. Its food is up and down.  Liberty Tree Tavern with its traditional American menu and calming atmosphere has the food and service that wins the day.  Moving into second for being dangerously original with their menu items is the relatively new and often missed Skipper Canteen (Jungle Navigation Company) tucked away in Adventureland.

The sensational Space Restaurant will be built between Test Track and the Space Travel pavilion and will be the an amazing dining experience even if the food isn’t “out of this world.”  Unfortunately Disney has no time table for the place.

Epcot is the food place for adults with at least eight restaurants surpassing anything at MK.  The finest restaurant but also one of the most expensive is Monsieur Paul in the totally renovating second floor of the Paris pavilion.  Believe me when I say casual clothing is acceptable.  If you have a bunch of kids and less of a budget I pick Via Napoli Ristorante with the pizza over the Italian dishes.

The new restaurants at Toy Story coming this summer will be appreciated mainly by small kids.  Hollywood Brown Derby has no real competition at HS until the Star Wars restaurants open.   If you don’t like their prices, see what good food items are being served at their outdoor lounge and grill.   If you have kids the 50’s Prime Time Café has a fun atmosphere and service, but you’ll pay prime prices for typical home foods. 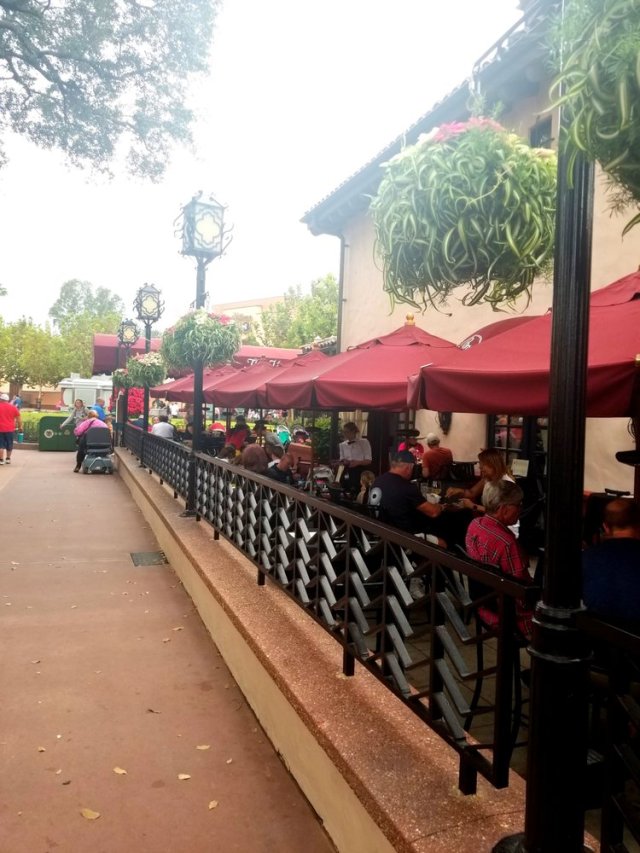 No Reservations at Brown Derby?  Try the patio.

Here is a park where some of the fast food services score higher than the restaurants. The Satu’ki Canteen in Pandora at Avatar has the wildest and healthiest menu at the parks. Your kids will go ape (sorry about that pun) over the cheeseburger pods. The delightful Flame Tree BBQ scores second if you can find a cool spot under the trees by the river. 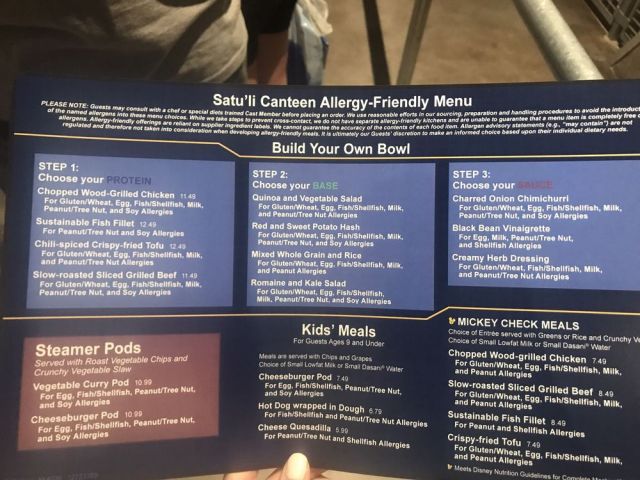 I give a special third place to Tusker House, for a creative buffet and a character meal that is casual and as much fun for adults as it is the kids.

Restaurant in a Disney Hotel

The big chef news the past few years is the fact that California Grill, with its wonderful Magic Kingdom fireworks views, stole the head chef from Jiko at Animal Kingdom. That is like the Red Sox losing their star player to the Yankees.  Now the food at CG is making diners forget to look up from their plates.

California Grill Has The View, The Chef, and the Food.

Animal Kingdom still can’t complain.  They still have the top lineup of food spots on Disney property with Boma the best buffet at WDW.  If you have an automobile, it is worth visiting AK, the best theme resort at WDW with four good food choices.  I also give high marks for Ohana at the Polynesian and Narcoossee‘s at the Grand Floridian.

Restaurant in a Non-Disney Hotel on Disney Property

My wife and I often stay at the Dolphin for all the Starwoods points and a deluxe room for less than Disney’s luxury resorts.  You can take a quick boat to Epcot and Hollywood Studios. The best restaurant food, however, is over at its partner the Swan at El Mulino New York Trattoria. 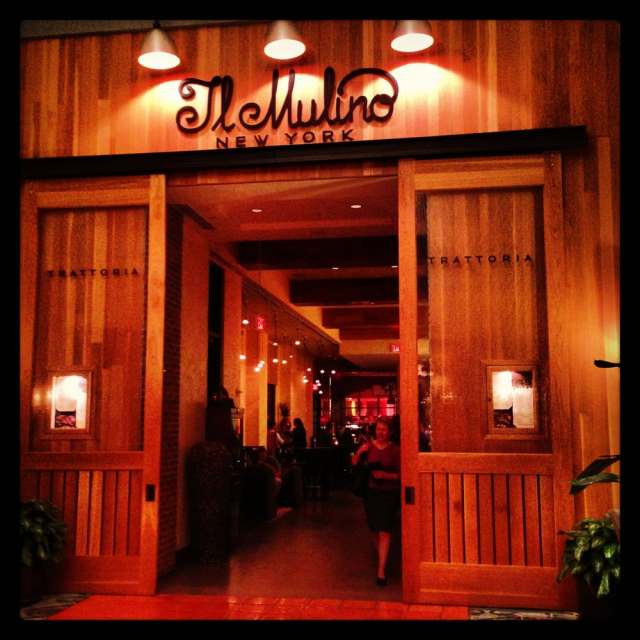 A Good Choice For A Quiet Evening For A Couple

The lineup of restaurants at Disney Springs is so excellent it should be embarrassing to park guests without good transportation to this gigantic mall.  Homecomin’ gets my vote for the best food, even though it is a Florida-oriented menu.  Morimoto and The Boathouse score more for atmosphere than food, but both are fun spots.  If the breeze is on the lake, outdoor dining at the later is enjoyable.

Homecomin’ Has The Menu For the Kids and the Adults

Disney Springs has upped the entertainment value with the new Edison, although the food is not my taste.  If you have older kids Raglan Road has the menu and the fun evening atmosphere.