Posted on November 19, 2018 by floridatraveler

The Christmas holiday season is already opening in Florida at the same time the snowbirds and robins are arriving in the state.  Some of the events are very commercial while others are delightful and many have become traditional.

Here are my observations on some of the events and places that visitors, residents, and other late November to the New Year that people can consider:

All the major theme parks love Christmas with their evening extra admissions specials. They can afford to put on spectacular light shows at Cinderella’s Castle and Hogwart’s Castle with all the additional revenue.

If you’re in the Orlando area, there are two other spots that meet my Christmas list.  No resort does Christmas like the Gaylord Palms, just a few miles east of Walt Disney World.  The monstrous lobby is frozen to below freezing and tons and tons of ICE! turn the hotel into a winter wonderland with inner tube ice slides, light shows, and holiday food offerings.

My family once had a condo on Water Street in downtown Celebration, the town built by Disney.  Every night it snowed and you can expect horse and carriage, foods and music. 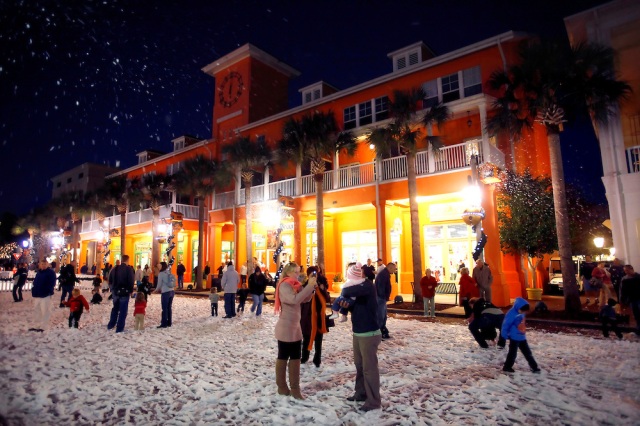 It snows every night in Celebration.

Florida has 72 Christmas boat parades and Floridians love them.  The Rose Bowl of parades for its huge ships and crowds is the Fort Lauderdale Winterfest Boat Parade.

This year’s “Best of the 80’s” is planned for December 15 and the you can expect the 12-mile water route to be filled with lighted craft. 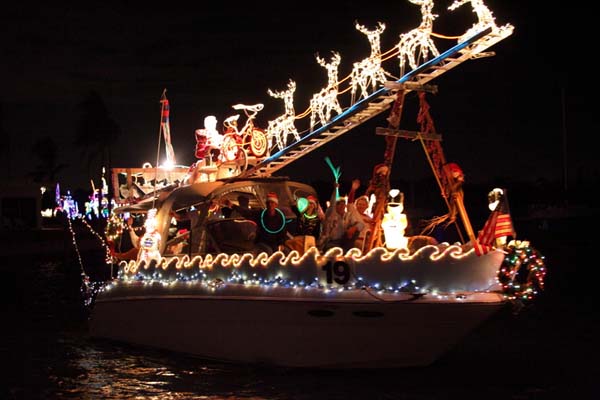 In the Panhandle the Holiday in the Harbor Destin Lighted Boat Parade off Harborwalk Village is planned for December 10.

If you like zoos and Santa, both the Lowry Park Zoo in Tampa and the Brevard Zoo in Melbourne had Christmas night programs that combine animals and the holidays.

West Palm Beach’s waterfront has something uniquely Florida: Sandi-Land, a 35-foot, 700 ton Christmas tree made of beach sand.  Of course, the entire Landing Area has exhibits and holiday action.  At least, it won’t melt but what about rain? 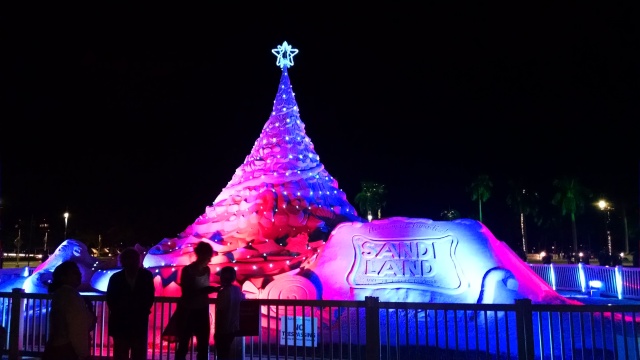 Every town in Florida has Christmas lights and often holiday activities like ice skating in downtown Tampa, but to me the most wondrous lighting is Saint Augustine’s Night of Lights.   From now until next year, the magnificent Victorian hotels and Spanish buildings of the Ancient City are dressed in beautiful Christmas lighting.

It should be noted that it was in Saint Augustine that the first Christmas was celebrated by a town populace.  The city has a giant cross on that site. 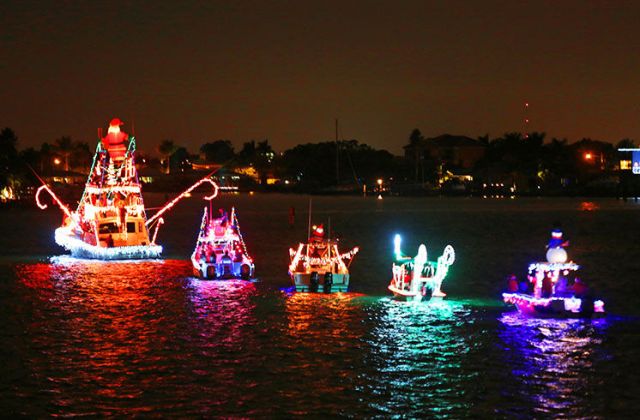 I guess if you want lots of Christmas entertainment and rides, you should go to Miami’s Tropical Park, home of the largest holiday theme park in the nation.  The park is turned into Santa’s Enchanted Forest and it seems every carnie show in Florida has set up operation.  Circus shows and musical entertainment go on for two months!