New Things For Florida Tourists and Vacationeers To See In 2019

Posted on December 25, 2018 by floridatraveler

This is the time of the year when individuals around the nation make New Year’s Resolutions and also the time Florida Chamber of Commerces start promoting what new things are coming up in the New Year.

For Florida’s all-important tourist industry that means new attractions, new resorts, and even new cruise ships.  Actually the largest cruise ship, the Symphony of the Seas by Royal Caribbean, sailed into the Port of Miami in November.  The ship is (gads) five times larger than the Titanic.

In the theme park industry which heavily impacts the 100 million annual Florida visitors, here are some of the 2019 highlights to come:

Star Wars Galaxy’s Edge (Disney Hollywood Studios) appears to open minus its ultra-fantastic resort hotel around November of 2019.   The Millennium Falcon ride will probably open sooner at Disneyland, but the Orlando site will include the entire Black Spire village on Batin complete with shops, a restaurant, bars, and performers.

Mickey and Minnie’s Runaway Railway (Disney Hollywood Studios) will open in late summer in the huge Chinese Theater complex.  This is the first interactive ride where riders will enter a wild film short featuring Mickey, Minnie, and Goofy.

Harry Potter Themed Roller Coaster (Universal Islands of Adventure) may be solidly located away from the other Potter attractions, but will feature the flying creatures of Wizarding World and be a “family” coaster.  A summer opening is hoped.

Tigris Roller Coaster (Busch Gardens) will fly this Spring next to Jungala, the tiger compound, and display a very scary l,800 foot layout with speeds of 60 mph.  Most terrifying will be the fact riders will fall backwards at one point.

Lego Movie World  (Legoland) is a new section with a giant play area relating to the Lego film.  There will also be two new rides: an interactive boat ride, the Quest for Chi, an a new adventure in Emmett’s Bricksburg.

Next to theme parks, most Florida towns advertise new resorts and large hotels:

Last year Miami had a hotel boom with some twelve new resorts and complete makeovers, but more are on the way. Most interesting to be is the arrival in South Florida of Paligroup from Los Angeles. 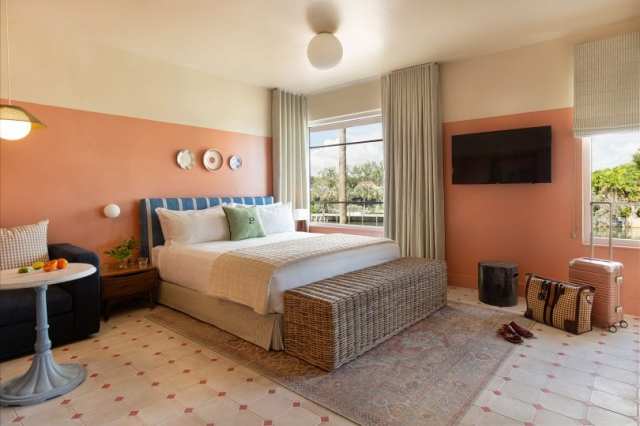 They are opening this Spring Palihouse Miami Beach, a 70-room boutique hotel on Indian Creek Drive, Miami Beach.  The Intracoastal resort is certainly going to be shabby chic eclectic. 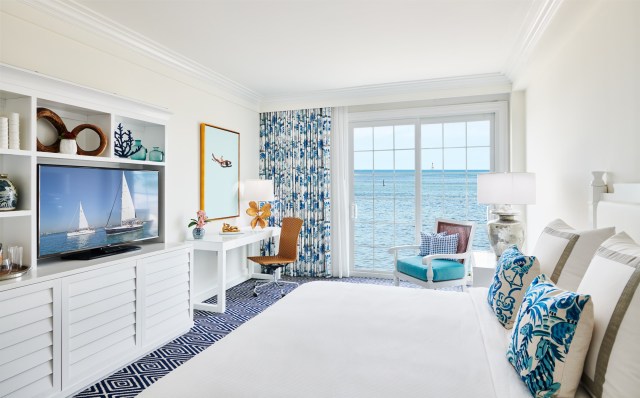 A bedroom at Isla Bella is like staying on a ship

Perhaps more exciting will be the debut of the 24 acre Isla Bella Beach Resort on Knight Key in Marathon, almost next to the famous Seven Mile Bridge.  This is the first big resort in the Keys since the destruction of Hurricane Irma and this 199 room, 4 restaurant, 5 pool place will become an instant landmark in the Middle Keys.

In Orlando, Universal is opening two new resorts.  I thought since the theme park filled up its property, they couldn’t continue its hotel boom, but I was wrong. 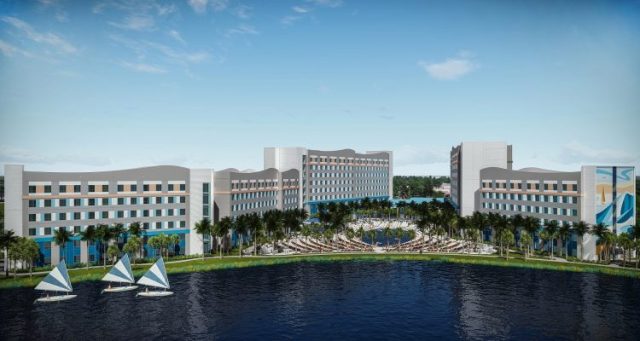 Universal’s Endless Resort is being built on the location of the old Wet and Wild park at International Drive and Universal Boulevard.  The first stage will have 750 guest rooms with 390 two-bedroom suites.  Additional sections are in the works.

It will be interesting to see how Universal will operate a transportation system on major highways outside their property.

Have a happy holiday and a Merry Christmas.