Posted on February 28, 2019 by floridatraveler

Last week I took my annual trip up to Dade City.  The more I visit Florida’s small towns, the more I realize how much of Florida’s personality an charm is lost of tourists who jam into the booming coastal resorts and amusement parks.

DADE CITY, capital of Pasco County, is named for Major Francis Dade, who with 110 other soldiers was slain December 28, 1835, in a Seminole ambush. The founding of Fort Dade at Lachoochee protected homesteaders in the region but it wasn’t until the arrival of the railroad in 1884 that the present-day Dade City boomed. Judge Samuel Pasco was U.S. Senator when the county was established in 1887.

Most travelers will exit I-75 some thirty miles north of Tampa and drive eastward. It’s worth the stop to visit the historic village of San Antonio.

SAN ANTONIO, five miles to the west, was started in 1881 by Edmund Dunne, former Chief Justice of Arizona Territory and lawyer for land baron Hamilton Disston who gave Dunne 50,000 acres for his legal services. Dunne set up a refuge for Irish and German Catholics. 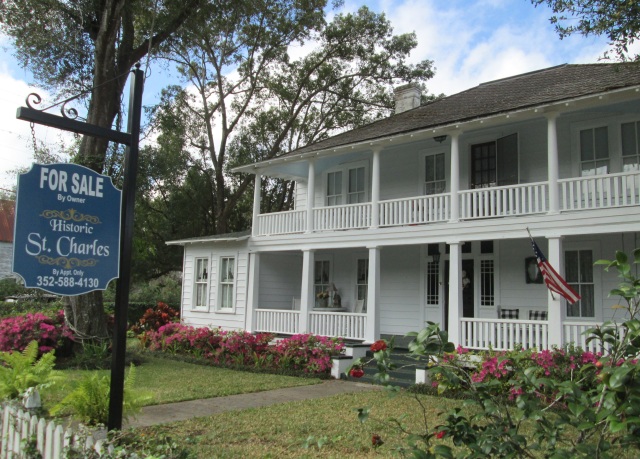 Five miles east, TURN LEFT (north) ON CURLEY STREET (FL 577),  Just north of this intersection is the 1913 ST. CHARLES INN, a double-balconied two story built by Charles Barthle to serve the Orange Belt Railroad. It was for years  a bed and breakfast now and while it is a beautiful building, it is now for sale as subdivisions have surrounded it..

Return southward and go left on Pennslyvania Avenue; on the left is the SAN ANTONIO CITY HALL (1933),32819 Pennslyvania Avenue, a stone W.P.A. building which originally contained the city council, police, and fire departments. Across  BICENTENNIAL PLAZA, a European style park with a Memorial to Dunne, a nifty bandstand, and recreation facilities. The town’s RATTLESNAKE FESTIVAL is held here. It was the center of the Catholic community when Dunne developed the colony. 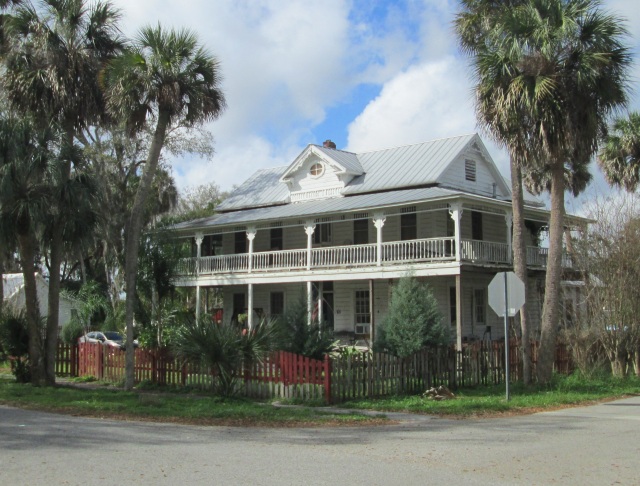 On the south side of the park is a stone grotto and statue to St. Anthony next to the ST. ANTONIO CHURCH (1911), a twin-towered stone church replacing the 1883 original. Next door is the SAINT ANTONY SCHOOL (1922), begun in 1883 when Mrs Cecilia Morse invited the Benedictine Sisters to the village. The school and church are among the olest Catholic centers on Florida’s West Coast. 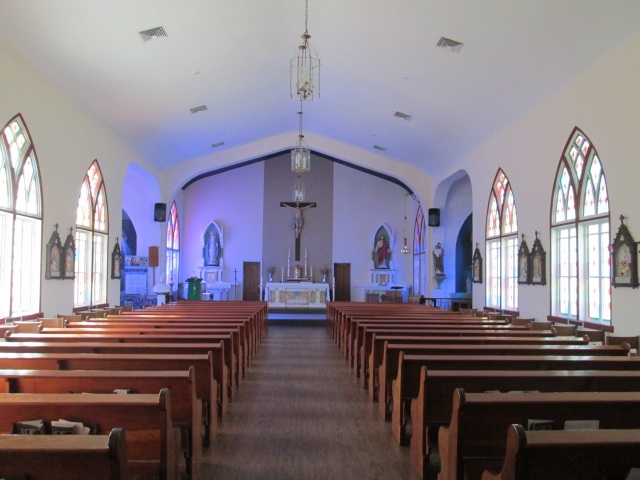 You can join FL 52 at College Road and travel east. TURN LEFT ONTO THE CAMPUS OF ST. LEO COLLEGE, started in 1890 as a monastery by the Benedictine monks. While St. Leo has a small school campus, the institution offers classes online and in person all over the USA and on military bases.  The main attraction on the west side of campus is

ST. LEO ABBEY CHURCH (1948), a Lombardic-Romanesque structure with Indiana limestone trim noted for its fine interior and marble Christ crucifix. Go inside and you’ll recognize the image as a replica of a certain controversial cloth in Turin.

Stroll around the beautiful campus and walk down to Lake Jovita.  It is one of Florida’s most scenic colleges.   Lee Marvin and Desi Arnez went to school here. 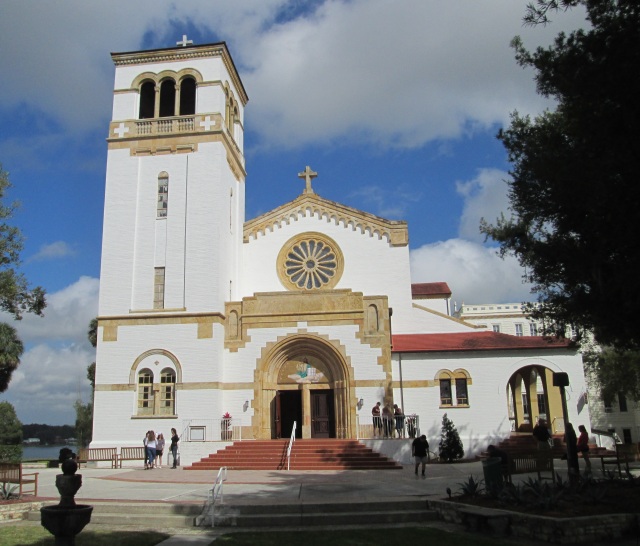 Five miles down  along Meridian Avenue into DADE CITY. The area west of downtown has many streets with Victoria masterpieces so a little block by block driving is in order for people who love well-preserved residences.

TURN RIGHT (south) ON 15TH STREET and TURN LEFT onto Church Avenue’s Historic District. At 37412 Church is the FIRST PRESBYTERIAN CHURCH(1894), a wooden Gothic, the site of Central Florida Normal College.  As you travel east along Church, you can’t help to notice the fine Victorian houses and large yards.  The RAYMOND-WARD HOUSE at 37335 has a huge wrap-around porch.    The BAPTIST CHURCH was moved here from across town in 1910.

Church Avenue is filled with notable houses: JAMES KNOX WARD HOUSE (1892), at 37805 Church, on the southside. is a classic Victorian house, home of a blacksmith who became Mayor from 1903-1904. His wife took in boarders at the house..  The ROBERT ROSS-LARKIN HOUSE (1882), 37603 Church, was once a three room cottage. Cattleman William Larkin, who introduced the Santa Gertrudis strain to Florida once  at 37604 is the JOHN W. PLATT HOUSE, used as the district Methodist parsonage from 1894 to 1905.lived here.  The Dutch Colonial style of the KNIGHT HOUSE (1900), at 37508 Church, is unusual for the area.

The entire block has older homes but on your right at the end of the block is the 1888 JASPER CARTER HOUSE.  As you travel toward downtown Dade City, you will be impressed with the homes.  Note the  Gothic FIRST METHODIST CHURCH (1889), built of heart pone and cypress by James E. Lee, is the GRAY MOSS INN (1910), 37641 Church, a Mediterranean Revival house when President Calvin Coolidge lunched here in 1923. 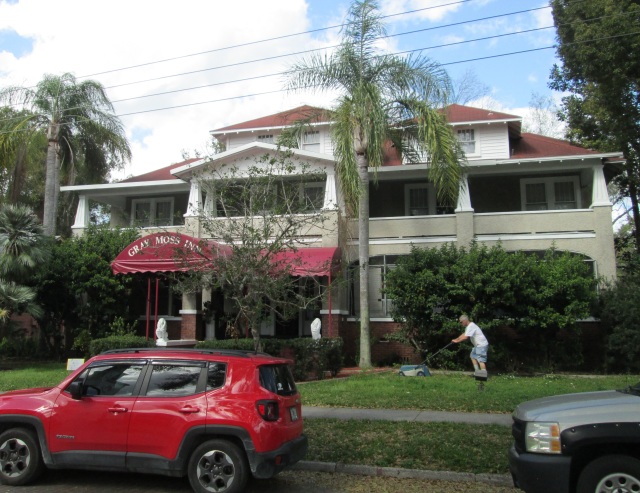 TURN RIGHT ON MERIDIAN AND LEFT ON 9TH STREET to see the EDWINOLA INN (1912), once a two-story concrete inn, now a large retirement center. RETURN TO MERIDIAN and TURN LEFT. As you CROSS 8TH STREET, on the left is the 1924 COLEMAN-FERGUSON DEPARTMENT STORE, Meridian Street. In 1884 Henry Coleman and William Ferguson started a store which promoted the tiny town. Next door is the BANK OF DADE CITY (1917), a financial institution that did not survive the Florida Land Bust and became a store.

The stores on Meridian downtown are the oldest in town; the TREIBER BUILDING at 37846 was built in 1900 as a hardware shop.   More interesting is the  OLD  HALL, now a store, past the courthouse toward the OLD RAILROAD DEPOT. It is a classic structure. 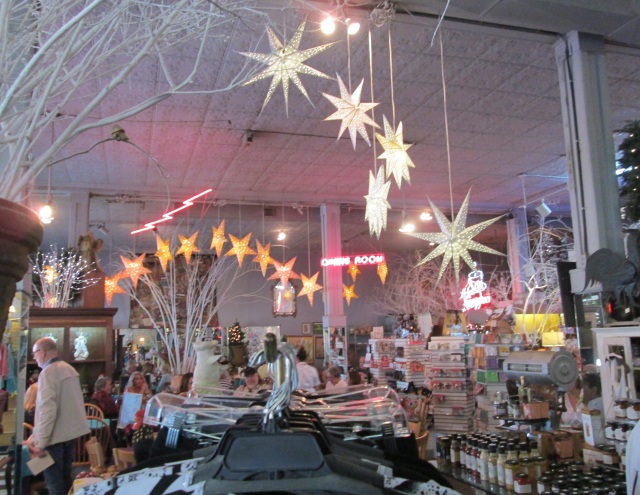 Lunch on Limoges Is Behind The Store

You have reached 7th Avenue (US301) and should park to tour the downtown antique shops and visit the ) PASCO COUNTY COURTHOUSE (1909), a two-story brick Beaux-Arts classic by Artemus Roberts. The 1921 bandshell is a landmark.

Going to Dade City not only antiquing but also having lunch and most famous is   (20) LUNCH ON LIMOGES , 14139 South Seventh Street, a wonderful bistro located in the middle of the 1908 O. N. WILLIAMS DEPARTMENT STORE. People travel for miles to eat here.

If you can’t get into Limoges or want a bigger menu, there is KAFE KOKOPELLI at 37940 Live Oak, located in a converted Ford motor building.  Beware: it has a huge stuffed wild animal collection, including a tiger and a black panther. 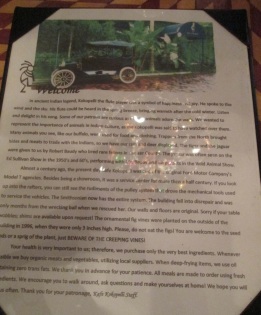 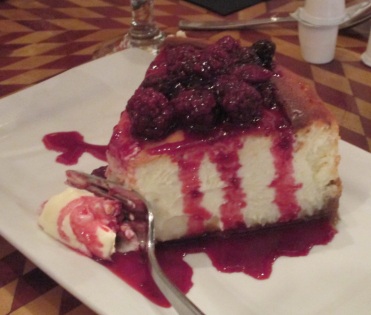 If all of this is not enough, after downtown visit PIONEER FLORIDA MUSEUM (567-0262), four miles north on US301. You’ll love the 1864 Trilby Depot, the 1864 Overstreet House, the Lacoochee School, and the Enterprise Methodist Church. There is a complete packing plant and a collection of some of the finest Victorian carriages and a unique oil carriage which supplied area farmers.

It is one of Florida’s best heritage museums.  ADMISSION is charged.  #mcbobleonard #florida  #dadecity