The recent destruction of much of Notre Dame in Paris brought a lot of questions from my college students since they know my long-time involvement in historic preservation.
The restoration and rebuilding of historic structures is guided by the 3-M principles: money, manpower (skilled artisans), and materials. Notre Dame will have no problem with the first M for people who have never even been to France are sending in tons of money.
Getting skilled manpower is not as easy as it seems – there are Gothic specialists still working on European cathedrals damaged or destroyed by World War II, seventy years later. Most of what was destroyed in Paris was 800 to 500-year old wood – from forests that no longer exist in Western Europe. Notre Dame purists will resist rebuilding the cathedral with steel, plastic, and California redwood.
Here in Florida our oldest man-made structure is relatively safe from serious fire, hurricanes, and other natural causes: the Castillo de San Marcos, built in 1672-1695 by Spaniard Ignacio Duza.

With eight-foot thick walls of stone and coquina (shell and limestone), the Saint Augustine landmark is stronger than any other building in the Ancient City. I would be more concerned if a hurricane Category 5 hit the Government House (1713) or Oldest Wooden Schoolhouse (1713) in the Historic District. 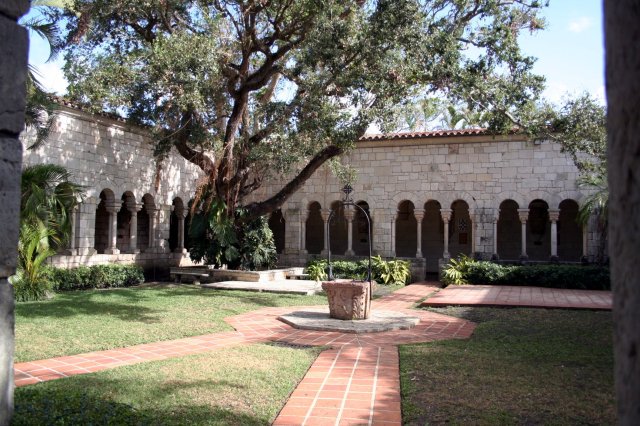 The oldest building in Florida is the monastery St. Bernard de Clairvaux in North Miami Beach. It was built of stone in 1133 outside Segovia, Spain, and illegally obtained in 1925 by William Randolph Hearst for his California complex. He lost the directions book and a Florida group finally purchased the “boxed masterpiece” in the 1950’s as a tourist attraction.

To be honest few Floridians are excited about the low-lying monastery even though it is “the oldest European-built structure in the USA.”
Fire is always a concern in Florida – with it low-lying terrain, closeness to two oceans, and huge winds. Florida is the “Lightning capital of America” and this is a fire issue to rural church steeples and tall wooden buildings.

The 1901 Jacksonville Fire was the third worst in US history (Chicago, San Francisco), destroying over 2,000 buildings in 146 urban blocks, and turning 9,000 homeless. A 1908 fire almost destroyed the historic Latin district of Ybor City in Tampa.

I am quite sensitive to Florida’s historic hotels and resorts which were mainly wooden structures despite the innovation of cement into the Flagler Hotel structure by Henry Flagler. Flagler was not so successful with his hotels in Palm Beach.

The Hotel Royal Poinciana built in 1905 as the nation’s largest wooden resort fell victim to the Great Depression and another Florida problem – the termite. Historic buildings in Florida, left vacant and untreated may be destroyed by bugs in Florida’s subtropical climate and heavy rains faster than buildings in other parts of the USA.

Flagler’s Breakers Hotel, a famous landmark today, is in fact the third hotel on the site as fires in 1903 and 1925 leveled the structure.

It is not shocking that when a older structure finds a new tenant that can restore its original condition and maintain its costly features, the building can remain the symbol of a community. That is the case with Henry Plant’s 1891 Tampa Bay Hotel, today the University of Tampa. 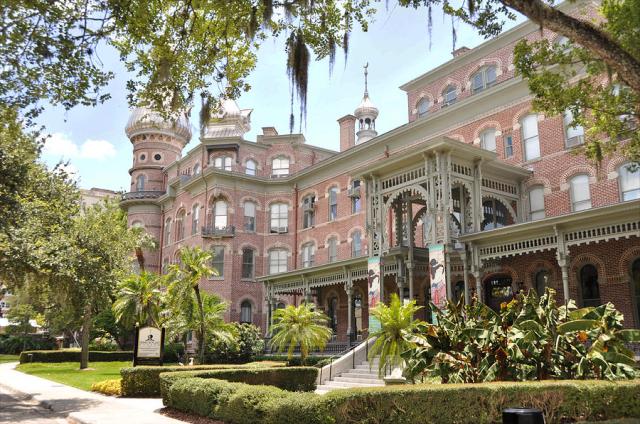