A 2020 LOOK AT FLORIDA THE NATURAL PLACE

With so many Florida attractions, restaurants, and resorts still closed due to the virus, I want to feature some things that the virus can not drastically change.  And that is Florida – the Natural Place.

WE LIED ABOUT THE SUNSHINE STATE STUFF

It was a Saint Petersburg newspaper reporter in the 1890s that started the notion that Florida was “the Sunshine State.”  Compared to the place where winter tourists were coming, Florida might have seemed “sunny.”  In reality, there are six or seven states with more sunshine annually than us. 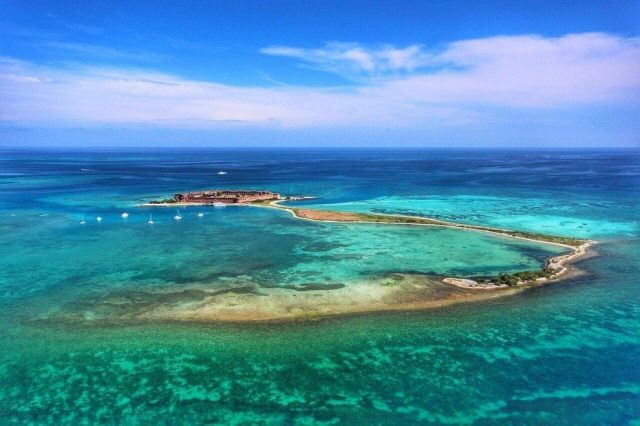 But the truth is you don’t go to Florida because there is a sun.  You go because it is nice are warm in February when Chicago is under a blizzard of snow.  Denver gets more sun than Miami, but would you wear a bathing suit outside in Colorado in January?

Florida should advertise itself as “The Warm State.”

WE DIDN’T LIE ABOUT THE HEAT AND HUMIDITY

The virus has actually caused thousands of Florida snowbirds to stay in Florida rather than to return to New York and New Jersey.  Many are wondering if what will be worst: summer in Florida or disease in New York City. 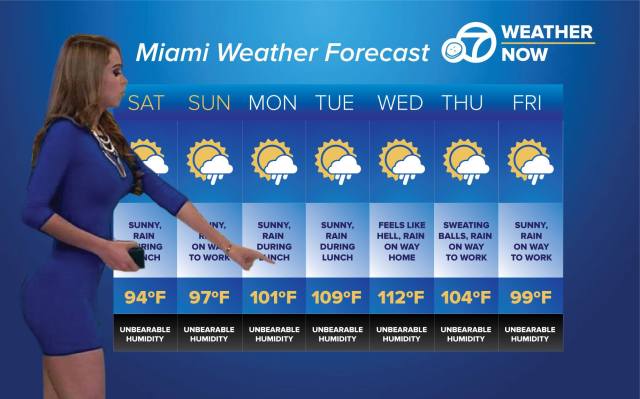 I will not lie: Florida temperatures rise over ninety across the state in the summer and the humidity is high.  My Tampa has an average humidity of 87% vs San Diego at 76% and Honolulu at 71%. Key West is the only city in the continental United States that has never had a freezing temperature.

On June 29, 1931, Monticello hit 109 degrees F and on February 13, 1899, Tallahassee dropped to -2 degrees F. These hottest and coldest spots are just 24 miles apart!   Going north in Florida does not mean cooler temperatures in July.

I contend that since Floridians live on boats and houseboats on our lakes, the lakes are indeed part of Florida counties.

Florida’s long thin “Biblical seven” shape also desperately hides its true size.  To drive from Pensacola to Key West, it takes 12.5 hours and 832 miles of roadway.  New York to Chicago is 802 miles and Cincinnati to New Orleans is 805 miles.

FLORIDA IS MORE WEST AND MORE SOUTH THAN YOU THINK

Look at the map and notice that if you drive due north from Pensacola, you’ll hit Chicago and Miami on Florida’s East Coast is as far west as Pittsburgh.    Florida is very south also.  Jacksonville, Florida’s most Northern large city, is further south than San Diego, California’s most Southern city. 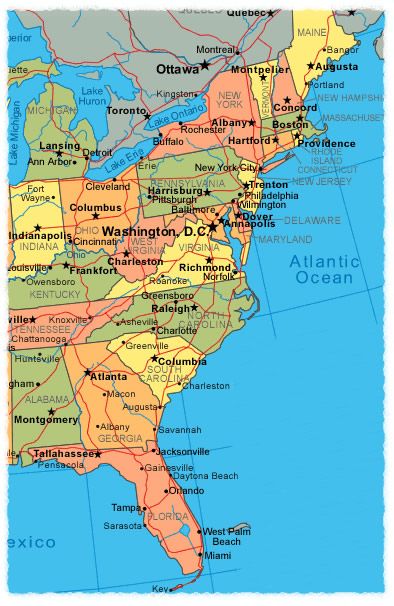 Ironically the most Western and most Southern American state is Hawaii.   Florida does have something that only the Northwestern Hawaiian chain of the island has.  Florida has Marquesas Keys, the only known atoll in the Atlantic Ocean.

WATER SHAPES FLORIDA LIFE AS MUCH AS ANYTHING ELSE

Florida is the only state located on two huge bodies of water: the Atlantic Ocean and the Gulf of Mexico.  Only Alaska has more coast than our 1,350 miles.  The peninsula emerged out of the ocean and is slowly going back as oceans arise.  I don’t worry for I live at a staggering 12-feet above sea level and my science friends say Florida will not drown in a Hollywood movie-style tidal wave.  But we will start to look like Holland, only with Pina Coladas, not tulips. 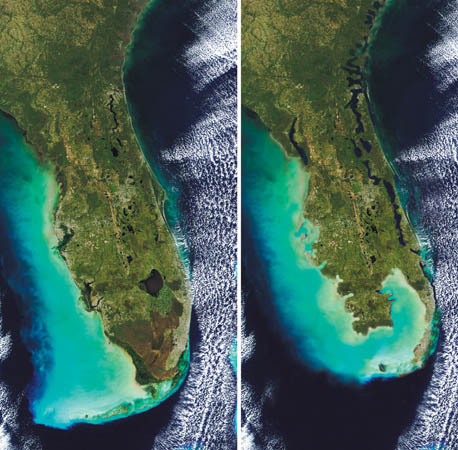 This photograph should upset people in Florida: when the Everglades starts to become a saltwater marsh, some one million freshwater alligators will be heading northward for one of Florida’s 30,000 lakes or three million swimming pools.

UNLIKE CALIFORNIA, FLORIDA WON’T SHAKE BUT IT CAN DROP

Despite some earthquakes south of Puerto Rico, Florida is not very near any active fault lines.  But if you live in some counties in Central Florida, it is wise to look into “catastrophic ground cover collapse insurance.  That is a polite way of saying “sinkhole protection.”  Despite serious attempts by the construction industry to avoid dangerous limestone real estate, Florida gets 400 new sinkholes every year. 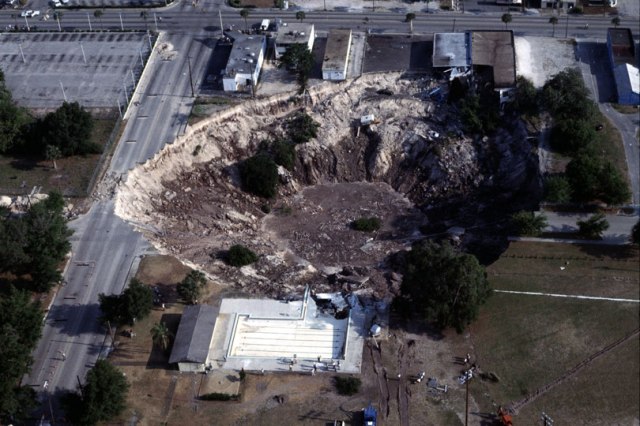 In 1981, a 300-foot wide, 100-foot deep sinkhole appeared in upper-income Winter Park and consumed one house, six automobiles, and a swimming pool.  At least we Floridians have a warning of the gradual nature of most sinkholes.  Only four people are known to have died in sinkholes in the last fifty years.