Halloween Is A Creepy Big Business In Florida

Posted on October 19, 2015 by floridatraveler

Considering the fact that October was once considered a between time for vacationing in Florida, Halloween special events have drastically boosted revenues at Florida’s major theme parks.  They are so popular, the ghosts are now arriving six weeks before the actual Halloween night.

Although my wife and I have been annual pass-holders at Walt Disney World since the Florida-resident oriented tickets have been offered, we would have to pay extra to visit Mickey’s Not So Scary Halloween at the Magic Kingdom. 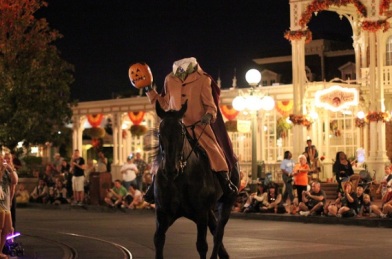 These special events which require additional expenses are often a big surprise to families planning a Disney vacation on a budget.  This year’s G-rated spook show runs from September 15 to November 1.   And guess what?  Mickey’s Very Merry Christmas Party starts weekends November 8th to December 18 with more added ticket costs.

Universal Studio’s R-rated Halloween Horror Nights attracts teens and young adults in record numbers.  Unlike Disney guests are not allowed to wear costumes although one might debate that fact when you see what people wear.  And of course, as a special event, it requires a special ticket.

Busch Garden’s Howl and Scream resembles Universal’s mature theme.  At least they allow all the animals to go to bed without seeing all the monstrous activities.

At least there are some Halloween groups that take a more natural approach to operating a scare show.  Off US192 in Melbourne Camp Holly takes visitors on a Haunted Airboat Ride up the spooky St Johns River swamplands to a haunted campground.   Red-eyed alligators stare at the boaters and even a wild boar or to joins the program.

Historian and travel writer M. C. Bob Leonard makes the Sunshine State his home base. Besides serving as content editor for several textbook publishers and as an Emeritus college professor, he moderates the FHIC at www.floridahistory.org
View all posts by floridatraveler →
This entry was posted in florida history and tagged amusement parks, Disney food, ghosts, halloween, holidays, universal. Bookmark the permalink.