Posted on February 23, 2016 by floridatraveler

ANNA MARIA ISLAND was first settled at the start of the twentieth century by Tampa Mayor MADISON POST who named the island for his wife Maria and his sister-in-law Anna. Just as Cuban fishermen were the first visitors to the island at the southern mouth ofTampa Bay, Post’s settlement was soon dominated by nautical types.

If you are arriving from FL 64 (Bradenton), you should stop at the DESOTO NATIONAL MEMORIAL, on 75th Street Northwest, honoring the landing of Hernan de Soto and his troops in 1539. Besides the museum, visitor center, and a nature trail passing the tabby ruins of a old homestead, there are exhibitions of Spanish colonial activities in the winter.

If you head north past BRADENTON PUBLIC BEACH along Gulf Boulevard you might want to look at some of the oldest Gulf houses on  BEACH STREET, including the Tudor home of Talmot Mundy, creator of the Jack Armstrong books. 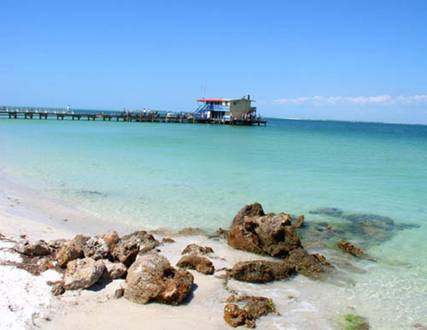 Turn right on PINE STREET, Anna Maria Island’s original main road, with its OLD JAIL, 1923 ROSER MEMORIAL CHURCH, and stores. At the foot of Pine is the historic CITY PIER, first built in 1910. A right turn goes to the yacht basin, a left turn to Bean Point. 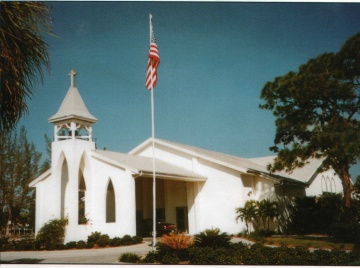 GULF DRIVE is the hotel’s hotel row, where old estates like newsman Walter Lippmann’s estate (was at 5400 Gulf) have been torn done for high rises. The 1925 HARRINGTON HOUSE, however, is now a notable bed and breakfast.

Heading southward along Bradenton Beach, you should turn bayside over the Cortez Road Bridge into CORTEZ, an old fishing village where a drive down 124th Street will lead to the 1890 JESSE BURTON STORE, the CHURCH OF GOD. Off 123rd Street is the 1906 CAPTAIN BILLIE FULFORD HOUSE. The store is a maritime museum and there are lots of traditional old fish camp style seafood restaurants..