Posted on January 23, 2017 by floridatraveler

Every year restaurants are added and some vanish at the resorts, four parks, and Disney Springs complex at Walt Disney World.  As an annual member and nearby Florida resident since WDW opened in 1971, I sometimes feel like a Disney cast member rather than a visitor.

Our viewpoints toward the food, the prices, and the service have often changed.  We think more and more people want value even if most everything is resort priced. Here are our choices for 2017 in major categories.

PIZZA:   Besides overpriced pizza, it is shocking that there are places which preheat frozen pizzas that taste like cardboard.  It is appropriate that the choice is VIA NAPOLI located in the Italian pavilion of Epcot.  The massive stove ovens representing Italian volcanoes fill the Florentine open structure with smells and the giant pizza (get 1/2 and 1/2) and family style house salad will feed four football linemen.  They even try to take walk-ins.

Volcanic pizza and more at Via Napoli, Italy Epcot

ITALIAN:  Maybe because of good profit margins, Italian restaurants abound at WDW. Never impressed at Magic Kingdom’s Tony’s Town Square which requires sunglasses if you eat in the garden room. Tutto Italia at Epcot is good food, beautiful room, but pricey. Mama Melrose’s clever New Yorker is best for families with its fun desserts. Our choice is IL MULINO NEW YORK TRATTORIA at the Swan for service, huge menu, and quality food.

The Open Kitchen at Il Mulino at the Swan

CHINESE: Because of the rise of terrific Pan-Asian restaurants, the entire WDW area has a weak selection of high quality Chinese places. For a basic Chinese menu and good prices, we have to pick almost by default the improved NINE DRAGONS at Epcot China. The room is lovely, the service good, and there is an attempt to service families, a major WDW concern.

JAPANESE:  Morimoto Asia at Disney Springs is a glamorous Pan-Asian place worth a visit particularly for its second floor sushi bar.  My wife and I, however, love the menu and service at TOKYO DINING.

SUSHI: KIMONOS at the Swan but beware there is also hard nose Karaoke most nights.

GERMAN:  This is a wasteland.  The beer and entertainment at Epcot’s BIERGARTEN is fun, but the buffet is costly and predictable except for the desserts.  If you’re very clever you might arrive at the last minutes of lunch buffet, pay for lunch, but get the dinner buffet.  (Don’t tell them where you read this.)  Prices vary based upon time of season. 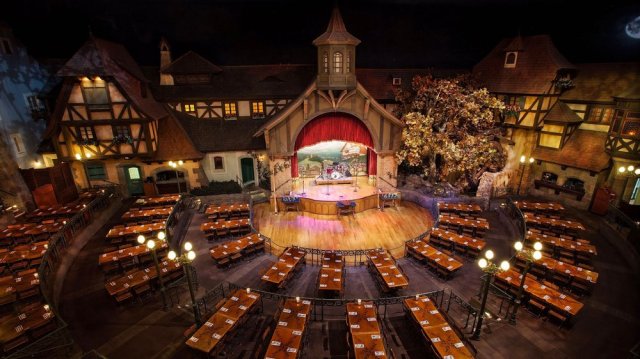 A Little Bit of Bavaria in Orlando

STEAKHOUSE:  This is perhaps the toughest competition and everyone has high prices for the best steaks.  If I hung out with the guys I would pick Shulas at the Dolphin.  If I like a family atmosphere, and a youthful zing, I would go to Le Cellier at Canada in Epcot. If you are a romantic couple who like a classic room with a poolside view with a veteran serving staff, go to the YACHTSMAN at the Yacht Club Resort.

The Yachtsman: Where The Steak Is The Show

OUTDOOR DINING:  If you’re in the park, getting a waterside table at Epcot in England’s ROSE and CROWN is great.  Obtaining a table when the fireworks start is much harder.  For sheer enjoyment, I select staying out at the floating Dockside Bar section of THE BOATHOUSE at Disney Springs.  You can order from the main menu and watch the aqua-cars float past.

MEXICAN: Most prices at Epcot Mexico would scare people used to hometown restaurants.  The San Angel Inn is unique in its volcano lagoon setting but food has become less original.  La Hacienda de San Angel had better food, but failed to take advantage of its waterside location.  You should visit FRONTERA COCINA at Disney Springs even if the menu is from Rick Bayless. 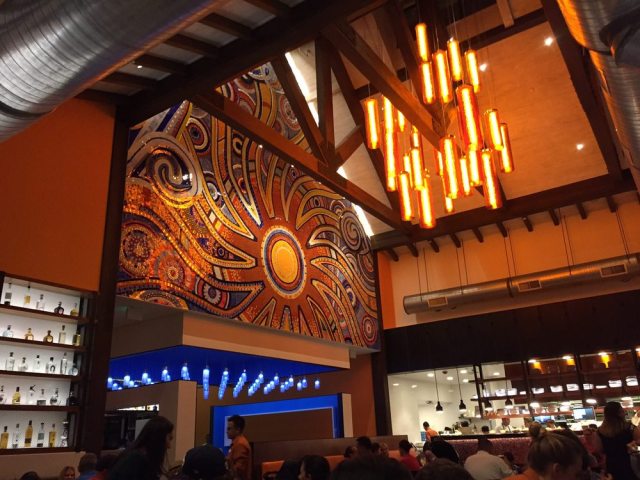 FOOD WITH A VIEW: Until they put a rooftop restaurant on the Grand Floridian, the CALIFORNIA GRILL at the top of the Contemporary Resort has it all: good food, good service, and the fireworks of the Magic Kingdom.

CHARACTER MEALS:  This is a major event for most small kids and often a major headache.  Please study in detail the prices and characters.  CINDERELLA’S ROYAL TABLE at the Magic Kingdom books up months ahead.  Dinner can cost a mint (how about some $320 a bottle Dom Perignon), but there is a breakfast and lunch version. Also, note this is not a buffet style place and with all the princesses, boys may hate it.

The alternative is the princess buffet at AKERHAUS RESTAURANT at Epcot Norway. It is less costly, but not all the princesses make each show.  If you have small tots that watch Disney Junior shows, look at the Hollywood & Vine shows at Hollywood Studios.