Twenty years ago if you remarked that Walt Disney World was losing market share in the Central Florida entertainment sector, people would laugh at you.  Today, Floridians would not flinch over that remark thanks to the booming success of Harry Potter over at Universal.

Here in the middle of a hot Florida summer, what once seems a disadvantage for Universal does not seem to be one.  Walt Disney World is so vast that it can expand parks and attractions for years to come.  Universal property is very condensed so that their new water park is actually right next door to their second moderately priced resort.

Universal’s theme parks and entertainment complex City Walk are a short, refreshing boat ride away from their major resort hotels.  Waiting for a bus in ninety degree heat to take you from Animal Kingdom on twelve miles of crowded roadways to Magic Kingdom seems a monstrous contrast.

This month at the important Disney meetings in California, it became obvious that the Brain Trust in Burbank has been listening to mounting concerns and questions from the media, visitors, and stockholders.  I happen to be all three.   Disney plans billions of dollars in new projects, many representing extreme changes.

Real theme hotels with great interactivity – my favorite Disney hotel and that of many despite its isolation from most part attractions is the unique Animal Kingdom Lodge.  No other amusement park in Florida can surround a hotel with African animals, stock the lodge with people from Africa, and have top notch restaurants with African styled foods.

My favorite moderate resort is Port Orleans Riverside where a swampy Southern river with rustic buildings seems part of the landscape. 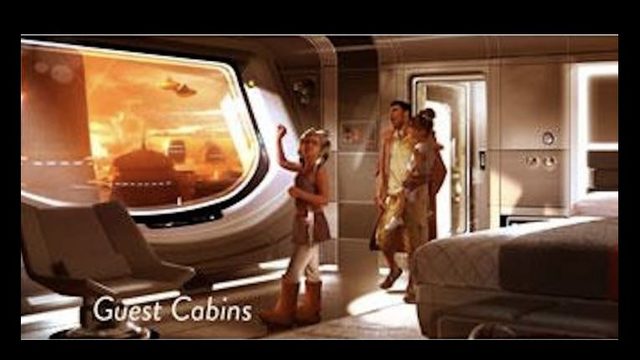 Disney will build a Star Wars themed hotel where multi-day packages include costumes and complete all-day interactivity with the cast members.  I suspect this hotel might relate to the next topic.

Real theme interactive mini-parks within existing parks – much like Universal’s wonderful creation of Dragon Alley and Hogsmeade, Disney is building on the backside Toy Story Land which will open in the summer of 2018 and the monstrous Star Wars Galaxy’s Edge, a 2019 themed futuristic city.

While Pandora at Animal Kingdom was a nice addition to Animal Kingdom’s goal of being also a nighttime park, it has serious limitations.  It is based upon one hit movie and not a popular series like Toy Story and Star Wars.  Kids can go on the riverboat ride but must be 44 inches tall for the fantastic Flight of Passage 3-D experience.

Even WDW can’t find a cast of ten foot cast members to represent Navi and I suspect that would scare many parents who aren’t in sci-fi.  Flying dragon toys will not outsell magic wards that interact with electronic props.

Incredible new transportation options – as noted in April, Disney is planning to connect Epcot and Disney Studios to several large moderate resorts with a Gondola Skyway. At the present-time, only deluxe resorts have a non-bus transportation option.  From Epcot, of course, you can take a monorail to Magic Kingdom.

Replacing Old Attractions With More Updated Rides –  next month the Energy ride at Epcot (which often wasted an hour of visitor’s precious time) will close and become the site of the Guardians of the Galaxy roller coaster and also closing will be the Movie Ride at Disney Studios, replaced with an real interactive Mickey Mouse ride in a trackless system.

At Guardians Attraction in California

I loved Ratatouille when he popped out of serving table at the French restaurant. Now “the French rat” will get a fun kids’ ride built behind the French pavilion at Epcot. There is a need for more rides in World Showcase and the idea of the French bakery next to the ride is a big winner.

As rumored for months, the popular TRON coaster is coming from Disney’s Asian parks to a spot just behind the speedway at Magic Kingdom’s Tomorrowland.  The train will actually go under Tron – a strategy that works well with rides at Busch Gardens and Sea World.

Just to show Disney is really going out of this world with its ideas, there will be a Mission Space Restaurant where the window view will not be of Florida.  Think of “Soarin with food”.