Posted on September 28, 2017 by floridatraveler

As our society becomes more mobile with cell phones and robotics and nanotechnology more and more people on the move to work or recreation stop to eat at fast, efficient food trucks.   In Florida the food truck revolution has not declined; it has matured.

With the beach months of tourism slowing, food trucks are less seen around parks and beaches, but they will show up in mass at Florida’s major events and are regular fixtures wherever large gatherings of people are found.  Even Disney has theme food trucks at their huge shopping community Disney Springs.

The State of Florida licenses two types of outside restaurants: the good old hot dog cart that still is found in city parks at lunch time and the MFDV (Mobile Food Dispensing Vehicles).  The latter have to have full dish-washing capacity, a commissary or water/sewerage system, and refrigeration while the former must just meet refrigeration, power (often LP-gas tank), and plumbing rules. 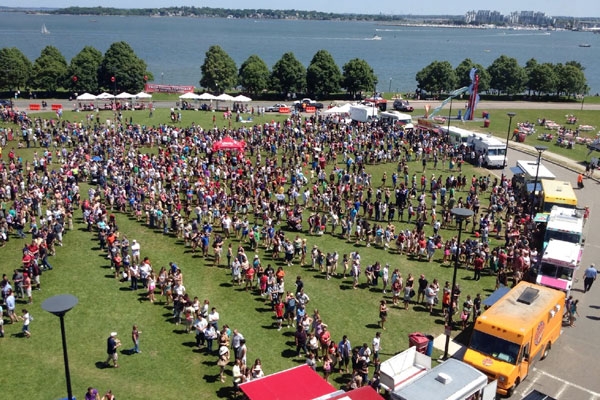 MFDVs have become high tech vehicles operating complete bakeries and restaurant services.  Still, since MFDVs are far cheaper than starting a regular restaurant, they have become a great opportunity for people who cater to niche audiences and offer an incredible diversity of ethnic and trend foods.  And if the location doesn’t attract enough business, you can more in elsewhere.

Food trucks develop a following and since some have a change of location, most have Facebook and Twitter accounts or rely on mega-search websites like roaminghunger.com or mobile-cruise.com to help diners find their location.  The major food trucks in big cities in Florida are featured in all these search sites.  You can even look up food truck reviews on Yelp.

I first became a food truck fan in Tampa with the old Taco Bus and the original site just off I-275 on Hillsborough Avenue is still the place to drop in for good Mexican dishes and Horchata drinks.    If you love burgers track down the Burger Culture Truck.   I found a food truck at the cell phone lot at Tampa International Airport.

Orlando claims over 200 food trucks most located in the vicinity of the 70 million tourists that hit Central Florida and the theme parks.  Some of the best trucks to track down are: Kona Dog (Hawaiian), La Empanada (Cuban), Treehouse Truck (burgers and famous), and Arepas El Cocao (Latin Ameriucan).

Miami, with its great international atmosphere, has been able to educate hungry travelers with the favorite dishes of Latin America and the Caribbean.  Food trucks dot the routes to the beaches, but also serve downtown Miami and even Miami Beach visitors. 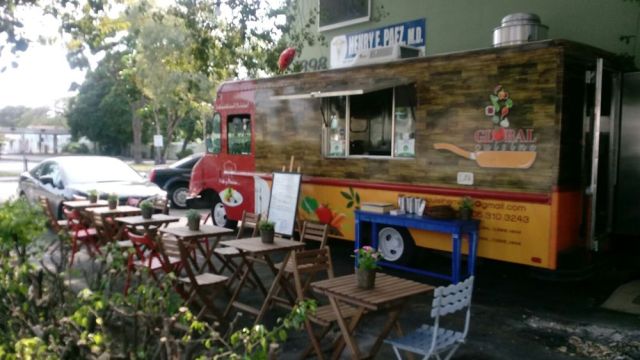 When a food truck gets super-popular, they often add bricj and mortar buildings which has happened to some of Miami’s favorite cheese food trucks like Ms. Cheezious and Hispanic eateries on wheels. 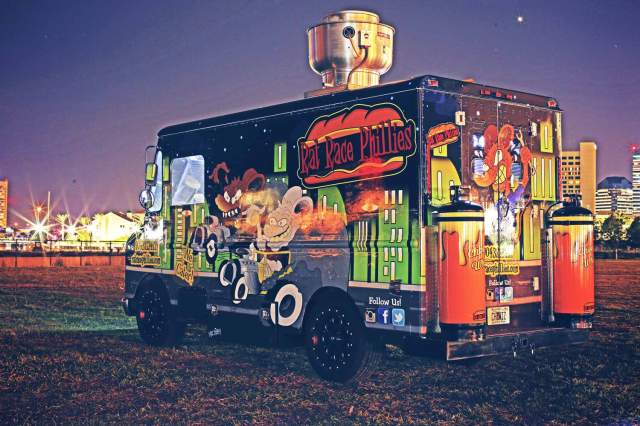 A Food Truck In Jacksonville

You will find food trucks in all large Florida cities.  The Aviator, a Jacksonville food truck, won the Travel Channel food truck contest.