All Aboard Trains In Florida 2018

Posted on January 15, 2018 by floridatraveler

My wife does not like to travel by airplane even though we have gone from Florida to Chicago and Los Angles on Southwest Airlines.  We are among the few people I know that have gone from Tampa to New York City via Amtrak and enjoyed the ride although crossing the Potomac was the only attractive sightseeing experience.

The Silver Meteor still connects New York City and Miami in 28 hours while the Silver Star makes a Tampa connection.  The Auto Train is going from Sanford, Florida, to Lorton, Virginia, but it gets little publicity.  Did you know the train takes small boats and even jet-skis?

My daughter lives in California, but since Katrina’s wrath, the Jacksonville to New Orleans route has never been repaired, and you have to fly to Louisiana to take a westward rail excursion to Los Angeles.

Which gets to the topic of fast trains: California wants to build one, but doesn’t know who will pay the billion dollar-plus bill.  Shockingly, Florida is building a less fast train, with no taxpayers dollars involved.  It will eventually go from Miami to Orlando and finally Tampa in four hours.

Built for Brightline, ironically by Siemens in Sacramento, California, the private railway  is using the existing Florida East Coast Railway corridor between Miami and Cocoa and a new FL528 track to Orlando.  It will move from 75 to 150 miles per hour. 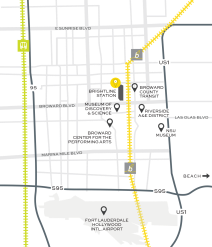 Railroad buffs can presently take the train between Fort Lauderdale and West Palm Beach and see their new railroad terminals.  Most experts say it will particularly be a big boost to Latin American tourists who want to go to Orlando from Miami.

If you love railroad trains and scenic routes, let me tell you of some Florida sites:

First, let me say goodbye to the Tavares, Eustis & Gulf Railroad that offered almost daily ninety minute trips around the hills and lakes of Lake County, Florida.  I particularly suggest you visit the Mount Dora depot in an old Pullman coach.  I hope that in the future, they revive some special tours in their No. 2 Baldwin, that starred in the film True Grit.

South of Tampa in Parrish of US301 is the Florida Railroad Museum which offers weekend trips into Hillsborough County and has had some mystery train specials.  Visit the website to see what’s happening this winter.

The Cast Ready To Stop & Rob the Parrish Train

In Fort Myers is the wonderful Seminole Gulf Railway which has daytime trips into the interior of Southwest Florida and some exciting 3.5 hour mystery dinner shows 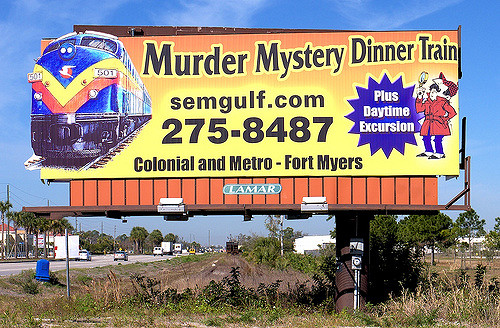 The largest collection of rare trains (over 40 trains) including the Ferdinand Magellan used by five Presidents is located at Miami’s Gold Coast Railroad Museum.  There are always events going on, including cab tours and photography programs.

1 Response to All Aboard Trains In Florida 2018