Winter Park Is The City Of Wonderful Canals

The mix of education, money, and Northern money gives the town a prosperous atmosphere, one that can support the world’s largest Tiffany glass collection at the CHARLES HOSMER MORSE MUSEUM of AMERICAN ART.

After shopping along Winter Park’s wonderful downtown streets and visiting Rollins College, the best thing to do is take a BOAT TOUR of the city’s many canals.  This is the best way to see many of the extensive mansions of the city. 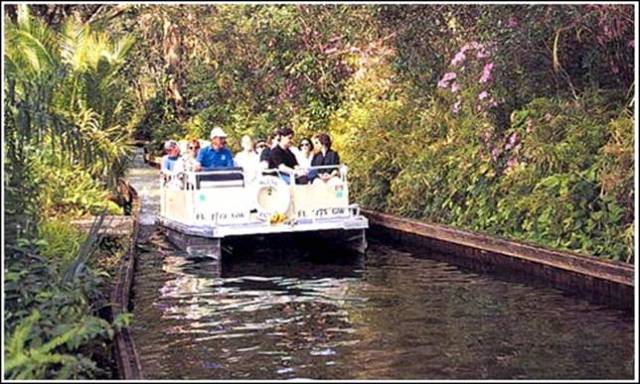 The area has attracted New Englanders in large numbers since the 1880’s, although pioneer Favid Mize; Jr atarted Lake View (later Osceola) in 1858 for Southern farmers. When the South Florida Railroad reached the area in 1880 it brought Loring Chase. When he saw the lovely lakes, he recruited a rich New England Oliver E, Chapman to buy land and plant orange groves around a downtown. 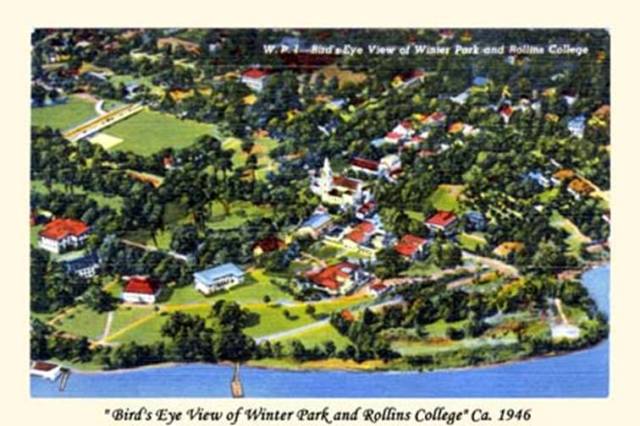 By 1885 Chase and Chapman sold the property to a group of investors who opened the Winter Park Company with an eye to turn the town into a winter residence of the rich. Later that year the Congregational Assembly selected the town for ROLLINS COLLEGE and the huge Seminole Hotel was built on Lake Osceola to attract the rich.

After touring the shops on Park Avenue (complete with Amtrak station so we once came here for the day from Tampa by train), tour the beautiful ROLLINS COLLEGE campus where being lakeside makes a difference. 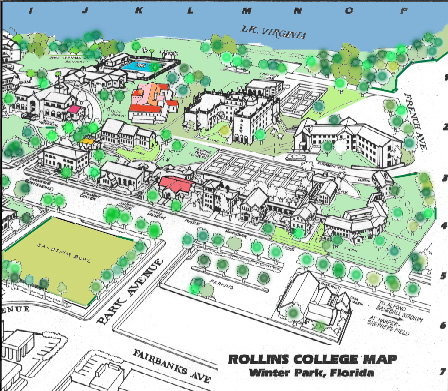 On campus is the CORNELL FINES ARTS MUSEUM (1942), the original site of the Morse Art Gallery, and the exquisite ANNIE RUSSELL THEATRE (1932), A Romanesque classic by O. W. Hessler and Richard Kiekael.  Original plays directed by Zora Hurston were once done here.

Over at 1000 Hlt Avenue is the KNOWLES MEMORIAL CHAPEL, a Spanish Revival center by G. W. Cram and Ralph Adams.   If you are renting a canoe or traveling on Lake Virginia to get scenic views of the Rollins Campus, you should notice the houses on the south shore, a subdivision called Ellno Willa. (13) At 247 Virginia Drive is the 1925 Spanish style W. B. JOINER HOUSE ; at 181 Virginia is the 1928 HERBERT HALVERSTADT HOUSE. He was Mayor of the city while his wife Gertrude was President of the Womans Club.

Traveling from the Rollins campus east on Osceola it is hard to miss (B) the ALBIN POLASEK MUSEUM at 633 Osceola. It is the house where the great Czech artist/sculptor retired in 1950, but the grounds and building houses a great display of his work.

One Look Tells This Is Not The Typical House

It is much easier to miss (1) the REV. CHARLES W. WARD COTTAGE (1882) purchased by Alonzo Rollins from the towns first Episcopal minister to serve as the first women’s dorm at Rollins. I do not know if Alice Guild stayed here, but she was the first woman in Florida in get a BA from a Florida college in 1890. 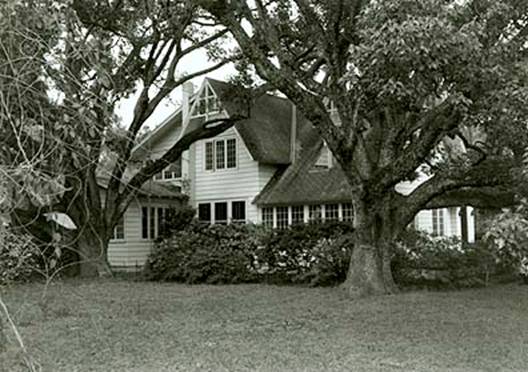 North of Osceola on the eastern shore of Lake Osceola is (2) THE PALMS (1898), a 21 room Georgian Revival complete with boathouse and pagoda and a favorite on the Boat Tours. Edward Hill Brewer, a winter resident built the house. Later noted architect James Gamble Rogers II redid the interior for another owner. 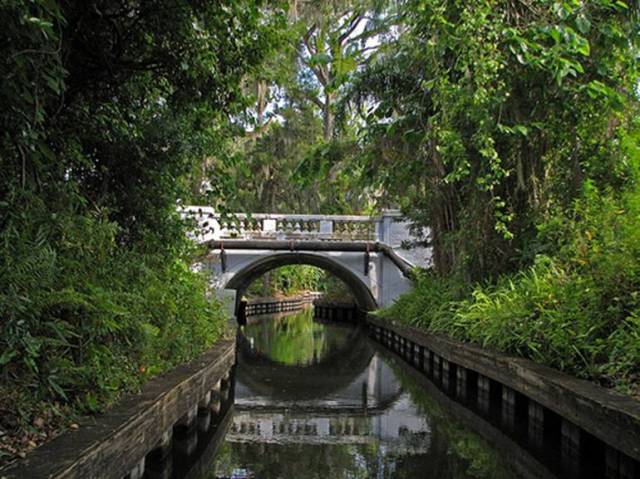 Even In Summer The Canals Are Cooling