Posted on August 5, 2018 by floridatraveler

I was asked at a conference if I thought Janet Reno was the greatest woman in Florida history.  She was the first female Attorney General in the USA, but she was appointed at a time Presidents realized Cabinets should resemble the U.S. populace.

Most Floridians and surely most Florida visitors know few of the women who most impacted the Sunshine State so I decided to make a list of my top choices.  Since I will be doing a literary landmark article in the future, I excluded noted writers Marjorie Rawlings and Zora Hurston, for which I will then tell an interesting tale.

Here are Florida women you should know:

Julia Tuttle is the only woman considered to be the founder of a major American city (Miami) and one of the true pioneers of the Florida frontier. She first came to the isolated area to see her father’s plantation on the Miami River and while she was fascinated by the potential area, she did not consider leaving Ohio for when her husband died in 1886 she had to manage the family iron foundry.  In 1891, however, her father died leaving her his Dade County real estate. 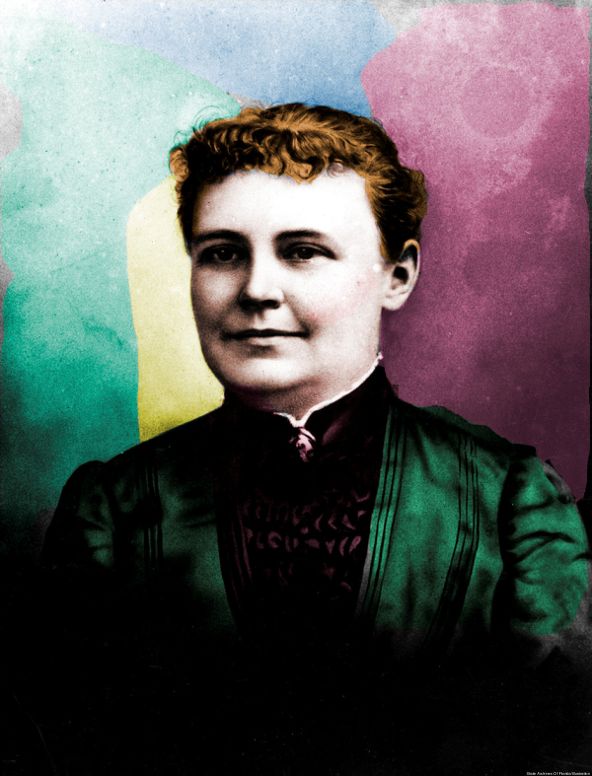 Julia Tuttle believed this frontier outpost would become a major American city and purchased hundreds of acres, including the remains of Fort Dallas. While some of the tales about her are mythical , she was able to convince Henry Flagler to extend his East Coast Railroad to Miami in part showing the area’s importance in agriculture and tourism.

She once told supporter and banker J. E. Lummus that “if you live your natural lifetime, you will see one hundred thousand people in this city.”  Lummus saw five times that amount at the time of his death.   She is truly the “Mother of Miami.”

Marjorie Stoneman Douglas could easily be listed as one of Florida’s ten most influential writers, but she was more than just an author.  She is viewed as the “Savior of the Everglades.”    Moving to Miami as a young journalist for The Miami Herald, Douglas became an outspoken writer for civil rights and women’s suffrage, but her biggest love was for protecting the Florida wilderness. 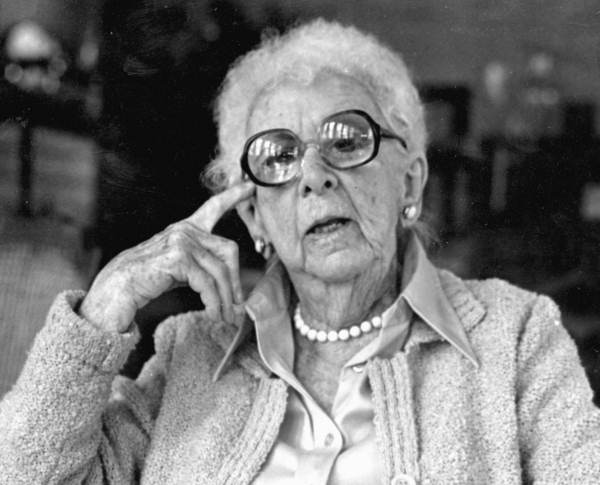 Her book The Everglades: River of Grass (1947) is Florida’s classic environmentalist non-fiction work and the inspiration for hundreds of writers and political leaders.  She was still a crusader for restoration of her big river when she died at the age of 108 and her humble Coconut Grove cottage is maintained by the Florida Park Service and is a must if you are in the Coral Gables area.

Best known nationally as a national advisor to President F. D. Roosevelt during the Great Depression, Mary Bethune was a key educator, civil rights leader, and important humanitarian. To Floridians, her career was even more extensive.

In Florida she started a private school for women in Daytona Beach and merged it with a male school to form Bethune-Cookman College.  She served as college President from 1923 to 1942 and 1946 to 1947.  Her house in Daytona Beach is a National Landmark.

Born in 1906 in a shack on stilts in Muskogee, Florida, Jacqueline Cochran is a story rarely matched in history books.  Her real name was Bessie Lee Pittman; she took the last name from her husband Robert Cochran, whom she wed at age 14.  Starting as a hairdresser in Pensacola, this farm girl soon rose to that job in New York City at Saks Fifth Avenue.  But that would not be the end of the tale.

Offered a flying lesson at Roosevelt Field in Long island, she found a new love and within two years had a commercial pilot’s license.  While becoming the first woman pilot in major airplane races, she met Floyd B. Odlum, CEO of RKO Pictures, and he helped start a cosmetic company called Wings.  By 1938, she was the best female pilot in the world, holding more speed, distance, or altitude records in aviation history than any other pilot, male or female.

When World War II started, the very patriotic Cochran volunteered to fly Lockheed bombers across the Atlantic to help save Britain and even recruited American female pilots to serve England.  When the USA entered the war, she overcame all opposition to help start and direct the Women Airforce Service Pilots (WASP).  In 1948 she joined the US Air Force Reserve as a test pilot. 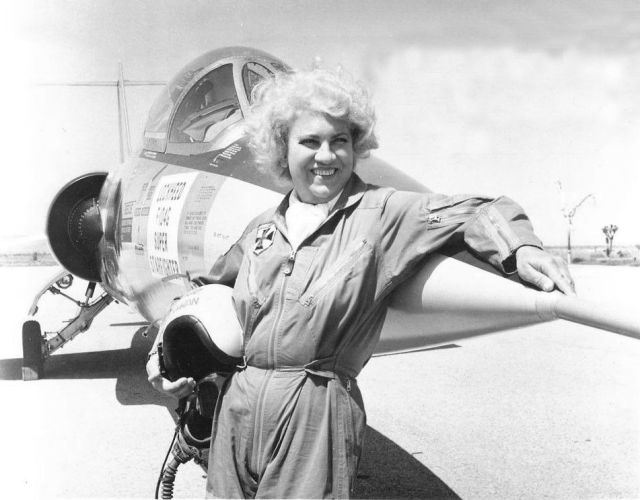 Rising to a rank of Colonel, Cochran was the first women to break the sound barrier, to land on an aircraft carrier, to fly a transatlantic jet aircraft, and to fly over 20,000 feet.  In 1961 she flew a T-38 higher than any human in history. In case, you think her flying career ended her cosmetic business, she continued it and got Marilyn Monroe to be spokesperson for her lipstick.

Paulina Perdroso is often viewed as the female leader of the Cuban War for Independence for Spain and certainly it’s most famous Afro-Cuban.  Born in Cuba, she and her husband moved to Key West as cigarmakers, a move probably triggered by her opposition to Spanish policies in Cuba.  In the 1880’s she moved to segregated Tampa and worked in the factory of Vicente Martinez Ybor, a Spanish-born manufacturer who supported Cuban independence and started Tampa’s Latin City. Her husband Ruberto headed the Marti-Maceo Society, the club of Afro-Cubans since they couldn’t integrate into the white Cuban groups.  Pedroso went with Marti to unify the Cuban cigar workers, both black and white, to support raising money for weapons and equipment to gain Cuban independence from Spain. 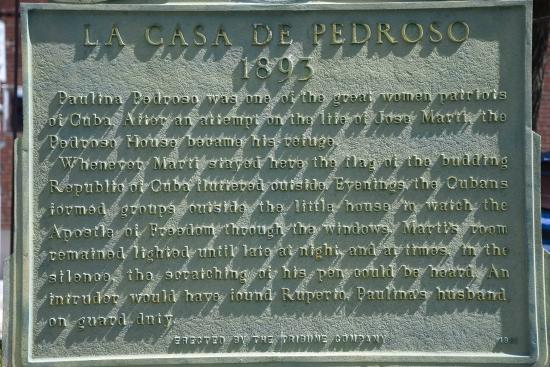 When Spanish agents in Tampa  tried to poison Cuban Revolutionary leader Jose Marti, Marti stayed at the Pedroso boardinghouse at 8th Avenue and 12th Street, since it was protected by stone walls.  Paulina and Marti, who was white, worked to end racial discrimination in Cuban organizations.  The location of the Pedroso house is today a park in Ybor City (Tampa) donated to the people of Cuba by the people of Tampa.  She is a member of the Florida Hall of Fame.

May Jennings of Brooksville was the wife of Governor William Sherman Jennings.  Many viewed his success to his wife’s ability to organize voters via her vast network of Florida Federation of Womens Club members.

Following her husband’s term as governor in 1904, the couple moved to Jacksonville, then Florida’s largest city, where Jennings was an organizer of the Duval County Federation of Women’s clubs and was president of the Florida Federation of Womens Clubs and got an army of women into promoting child welfare laws, reservations for Seminoles, a State Library, state parks, compulsory eduication for all, and conservation laws. 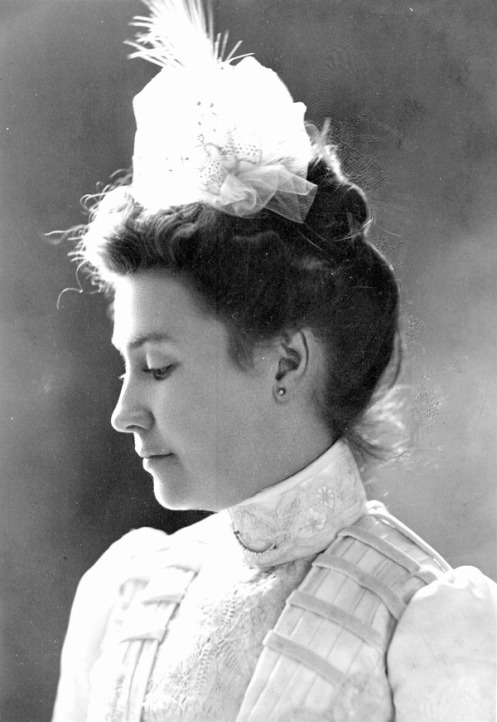 Club women across the state worked in campaign drives, lobbied legislators and appealed to other organizations for assistance.              After she was widowed in 1920, she was co-founder of the Florida State League of Womens Voters.  As their spokesperson, she lobbied for prison and education reforms.

She was known as the “Mother of Florida Forestry” for her part in promoting and securing the legislative act that created the Florida State Board of Forestry, known today as the Division of Forestry.