Most cities have a restaurant or store that has become an icon because of its long history and its role in the lives of decades of loyal customers.  When a business like that closes, regardless of reason, it leaves an empty space in the hearts and minds of locals.  It is rare that such a place returns from the dead – particularly when the building is rubble.

But that is what is happening in Tampa – the Goody Goody Restaurant, complete with its original sign, is reopening in Hyde Park Village at 1601 West Swann.  More ironic is that its restorer is Richard Gonzmart, owner of the largest Spanish restaurant in the world, the Columbia in Ybor City.  Like so many Tampans, Gonzmart grew up eating at Goody Goody and loved the place. He not only obtained the brand, but located much of the place’s furniture and signs rusting in a dump yard.

Goody Goody was actually born in 1925 in Hanibal, Missouri, by Oklahomans Ralph and Amanda Stephens.  It was their third try at operating a restaurant and when it folded, the Stephens came to Tampa during the Florida Land Boom.  They were so broke, they lived at first in a tent.

It was late 1925 when they reestablished Goody Goody as a drive-in barbecue joint at 1603 Grand Central Avenue (now Kennedy Blvd) at what is now a KFC/Taco Bell complex.  Later they moved the business to Seminole Heights and Florida Avenue.  In 1929, with the Boom over, the Stephens decided to return to Oklahoma. They sold Goody to William B. Stayer, a Pittsburgh insurance man, who came to Florida after his second divorce.

The Downtown Original (pic by Tampapix.com)

Strayer and his new wife Sadie wanted to buy a restaurant in Tampa and the sale proved to be a perfect match.  They moved the restaurant just north of downtown on Florida Avenue on a spot where Goody stayed from April 3, 1930 to November 30, 2005.  It was an ideal spot before the Interstates for drivers took Florida Avenue to go to and from downtown jobs.  The drive-in was packed with automobiles for fifty years. 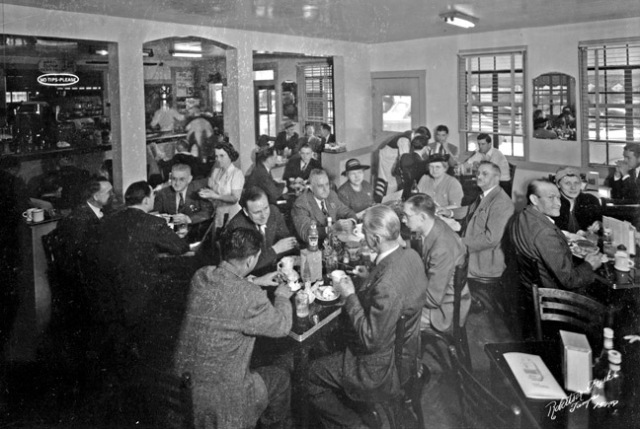 The Strayers sold Goody Goody in the 1980’s to local lawyer Mike Wheeler.  The amazing thing I recall most about this restaurant was the fact that people worked here for dozens of years and visitors were treated like next door neighbors.   With the growth of downtown interstate highways and people moving away from the area, Goody began to lose its customer base.  Regulars who now lived miles away came just to celebrate famous occasions that took place at G-G. 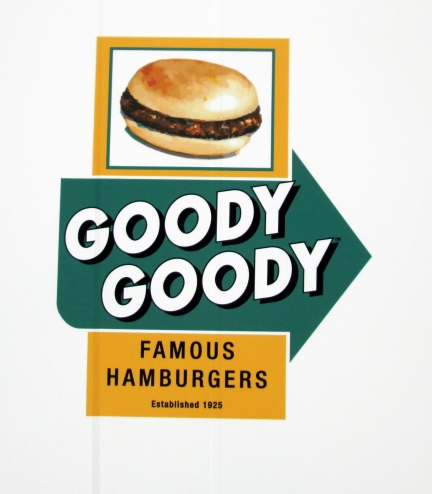 People were hopeful when the restaurant got a total rehabilitation in 2004 and was even the location for a movie scene.   To the shock of many, Goody Goody closed its doors in 2005 and was soon a pile of rubble.   But Richard Gonzmart knew that the place was meaningful to thousands of Tampans and just needed a new home at the right time and in the right place.

Goody Was The Scene In 2004 The Punisher

He was evidently right.  The Goody Goody restaurant Facebook site had over 6,000 likes months before the place was open.

Goody not only hopes to grow in its new Hyde Park upscale home.  In the near future people arriving at Air Terminal C at Tampa International Airport will see Goody Goody at the newly developing Marketplace.