When people visit Florida, they expect to find good seafood and they are usually not disappointed.  We Floridians love our grouper sandwiches and have competitions to locate the best sandwich in our area.

But Floridians really have a thing about shell fish, maybe it is because not all products are available to catch and eat around the year.  When I was in college many moons ago,  my fraternity would go to a rundown Art Deco place called South Beach where some old hotels rented by the hour.  Our destination was not the beach but a  restaurant called Joe’s Stone Crabs.

The landmark to the shell is still operating down at the tip of Washington Avenue — or should I say it will reopen in mid-October when the harvesting of Florida stone crabs reopens.  Despite being closed from May to October, this restaurant is the #3 grossing independent restaurant in the USA, taking in $36 million dollars in sales last year!

Outside of Louisiana, many people identify oysters with Florida and oysters is still an important crop with 2.6 million pounds of meat taken each year, mostly from Apalachicola Bay.  This industry, unfortunately, is under threat from water-flow issues, mostly coming from Alabama and Georgia.  Without pollution, the raising of oysters is a non-polluting and sustainable industry.

There is a new shellfish aquaculture that is booming from Miami to Pensacola.  It is clam farming.  In 1994, when most net fishing was banned, many fisherman started to turn to clam farming.  The hard Atlantic clam dominates the industry, but since 2013 some ten clam farms have been developing the softer Venus clams.

Venus clams have beautiful shells and a sweet flavor that shocks most newcomers. This industry really sounds like farming.  Today there are some dozen Florida firms that produce clam seeds which are then sold to some 150 clam farming firms, who raise the clams in mesh bags at the bottom of the bay for 2.5 to 3 years.  They sell the clams to wholesalers and individual fish stores and restaurants.

These Are Clam Seeds Ready For “Planting”

Only Virginia grows more clams than Florida, but with a larger shoreline the clam industry is certain to grow.  Since clams filter the water, this is a natural and clean business to operate in Florida waters. 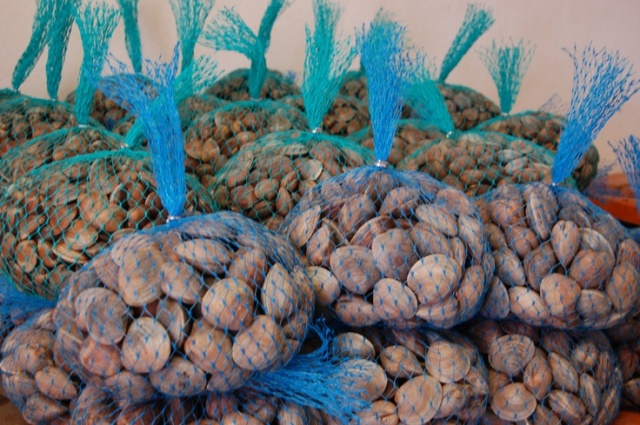 We can not forget the spiny lobster since the two day open sport season begins next week. Thousands of divers will be hitting the water to get their daily limit of six adult  lobsters with a caraspace over three inches. As a former New Englander, I know that these Caribbean lobsters are small, lack big claws, and won’t win a seafood contest in Bangor. 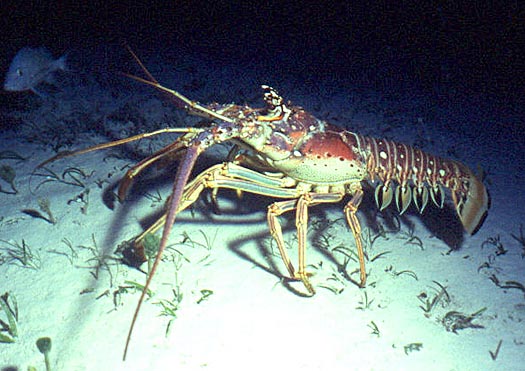 But where in New England can you dive into 85 degree water in a swimsuit and grab yourself a lobster dinner?    On August 6 the regular spiney lobster season begins for seven months with the same six lobsters per person limits.

And less we forget, the Florida shrimp industry is still a $57 million dollar industry with shrimp boats from Amelia Island to Pensacola.  Even here there are changes.  Wood’s Fisheries in Port St Joe have been shrimping for 150 years, but today some of their shrimp come from tanks located twenty miles from the Gulf.